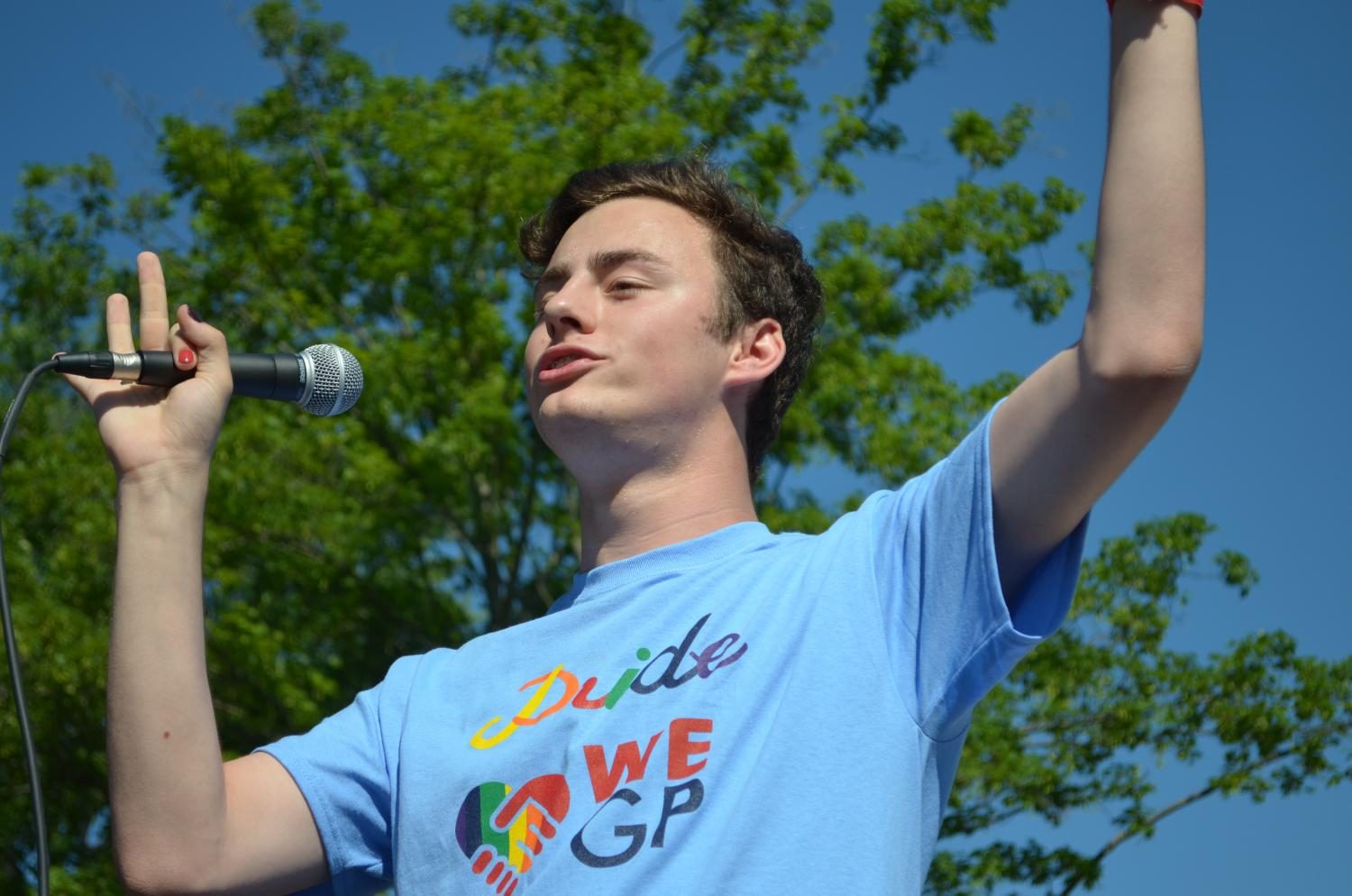 Gallery|11 Photos
Photo by Riley Lynch '18
Harry Susalla '18 shared his coming out story with the group. Susalla was one of the coordinators of the march.

After nearly a year in the making, the first Pride March in Grosse Pointe was held on Sunday, June 11.  The march was organized by Welcoming Everyone Grosse Pointe (WEGP), which aims to include members of any group into the Grosse Pointe community and provide an open environment.

The march began in the J-lot parking area at South at 10:00 a.m..  From there, the crowd walked down the blocked-off streets of Kercheval, Cadieux and Waterloo, ending up at Maire Elementary.  Despite temperatures of over 85 degrees, the marchers wore smiles and continued the demonstration in its entirety.

For any community, it’s important for people to show their support and beliefs in equal rights to show all the folks in the LGBT community that Grosse Pointe is a loving, accepting place.”

WEGP president Shannon Byrne is one of the head coordinators of the march along with Andrea Joy.  Both Byrne and Joy have juniors at South.

“For any community, it’s important for people to show their support and beliefs in equal rights to show all the folks in the LGBT community that Grosse Pointe is a loving, accepting place,” Byrne said.

According to Harry Susalla ’18, a member of WEGP and an organizer of the march, there were nearly 1,000 people in attendance at the highly-anticipated event.  Susalla actively advertised the march to all of his friends, many of whom showed up.  Before the march began, Susalla shared his coming out story with the crowd.

Phelan Johnson ’18 was one of the participants encouraged by Susalla.

“Grosse Pointe is full of a lot of really conservative people, and not everybody can understand gay people are people too,” Johnson said. “(Gay people) are around them, and when they discriminate, they don’t even realize the people near them could be gay.”

The majority of those in attendance were supportive of the cause, but a few people showed up to share a different view, holding up a flag from Donald Trump’s election campaign.  They did not comment on why they were there.

According to Byrne, WEGP is hoping to hold a Grosse Pointe Pride annually.