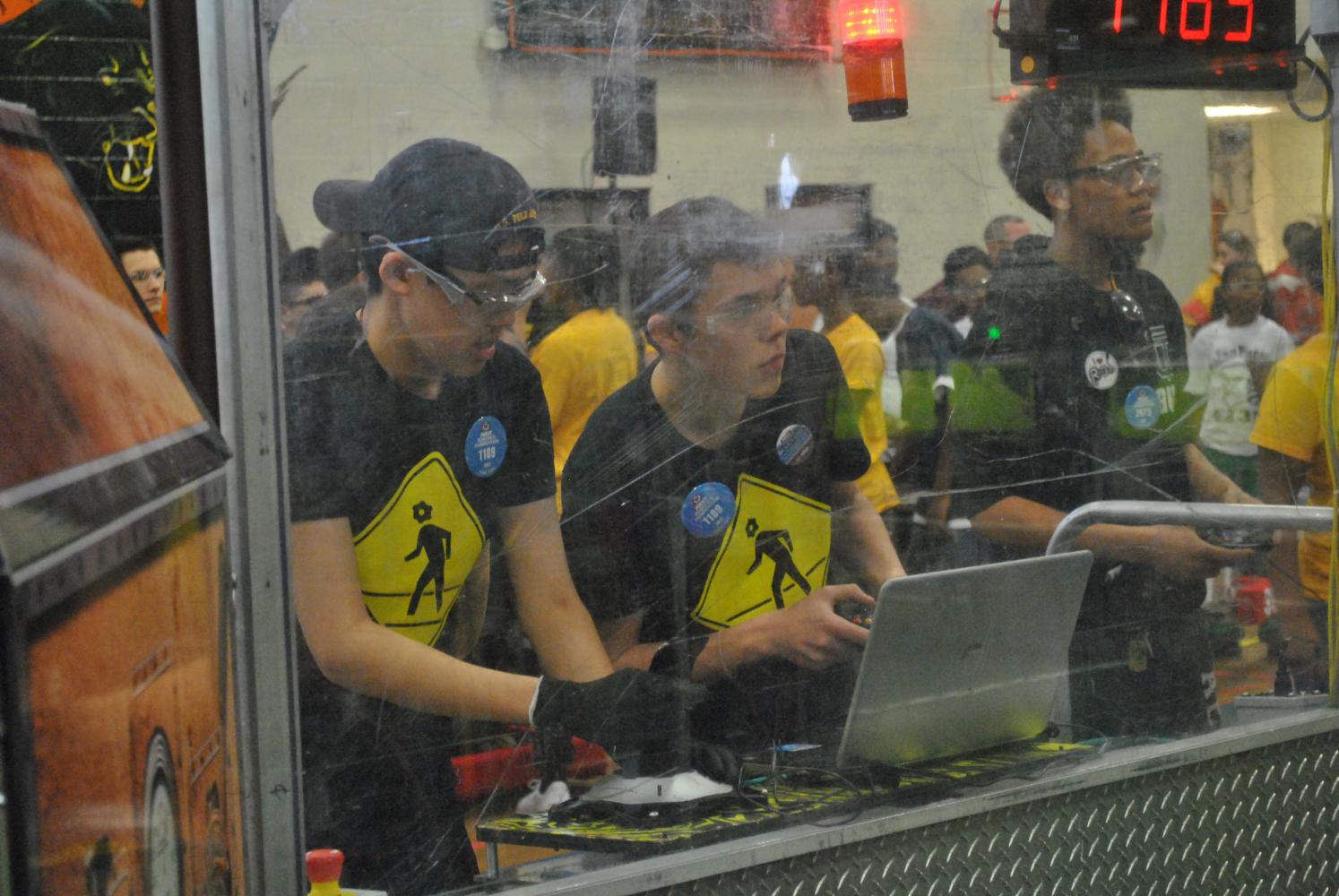 Gearheads team competing at the state competition. (Courtesy of Gearheads )

As a thrilling extracurricular, the robotics team works daily to design, construct and compete with a unique robot. This North/South combined team, also known as Gearheads, allows students to meet new people and work towards a one-of-a-kind goal.

The team began in 2002, according to Joshua Rogati ‘18. He revealed that the 15 year old team is considered very matured and knowledgeable among most robotics teams, which comes to their advantage.

“We’re one of the older teams, so we have quite a bit of experience, we get to help some of the younger teams,” Rogati said. “This year we had FRC team 5225 come into our shop and we helped them out. It was one of their first years and they needed some assistance with making some parts to they came over here.”

Gearheads, in addition to helping other teams, assists each other. Grace Cupolo ‘18, had little experience coming into the club and was very soon educated by the different programs incorporated by the team.

“My favorite part of the club is amount of opportunity it gives to the teams,” Cupolo said. “I never knew how to use Photoshop or to use any type of video editing software, and being exposed to those kind of learning opportunities opened my eyes to what I want to do with my life. I feel like I’d still be confused if I wasn’t on the team to be completely honest, but now, I’m not.”

Gearheads is welcome to people of all grades and experience. Rogati said that the club has members ranging from freshmen to seniors. In addition to these different ages, the group also varies in experience and involvement.

“It can get extremely intense, but as much as you want to be involved,” Ponette Rubio, ‘18, said. “Some people go only (just) every Thursday and they’re still able to be a part of the group, go to competitions and cheer the team on.”

Rogati agrees with Rubio that members can be as involved as they’re comfortable with. This doesn’t only apply to the time commitment, but also the way in which they contribute to the club.

“If you wanna work on the robot, you can join the build or the fabrication team,” Rogati said. “You also have a controls team that wires up the robot and programs it. And if you’d rather work on business plans, or make videos, that’s what the media team and business team do.”

Rubio explained what the different sectors of the group work with. The “Build Team” hands-on creates the robot where the “Fabrication Team” fabricates the robot parts out of sheet metal. Rubio, the “Business Team” creator and captain, describes her group as creating business plans, organizing team goals, assist in grant writing, and fundraising. The media team makes videos to market the robot and better promote their product. All of these work to improve the club quality as a whole and venture them closer to their competition goals.

Though ultimately, team members stressed that the goal is not to win, but to have fun and learn something new.

“Whether you succeed or not ultimately is dependent on how you and your peers have worked together,” Rubio said. “What happens is you have the inventive, pressure and resources to get the most out of whatever you’re doing…you have the incentive to learn as much as you can, really apply it.” 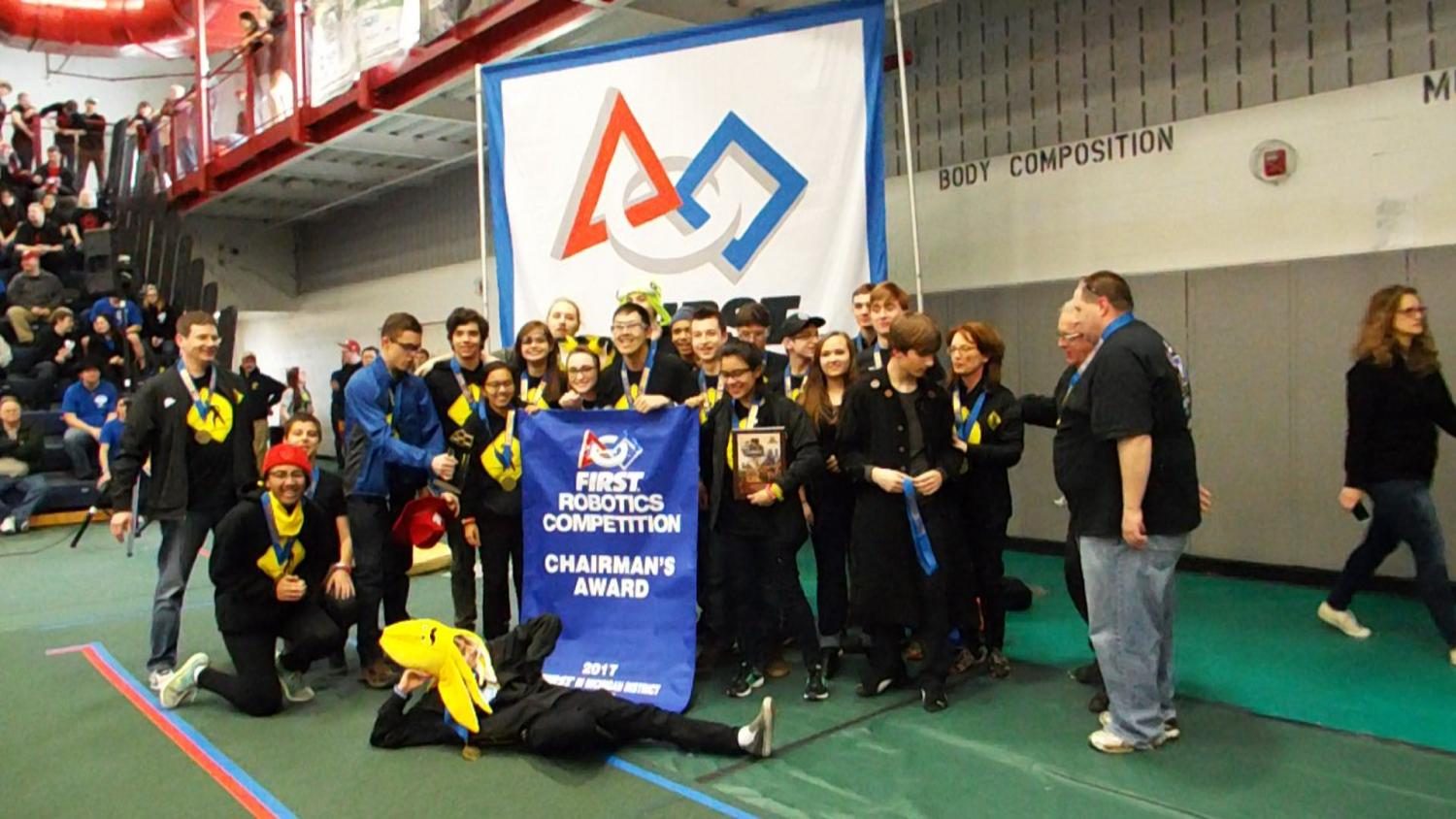