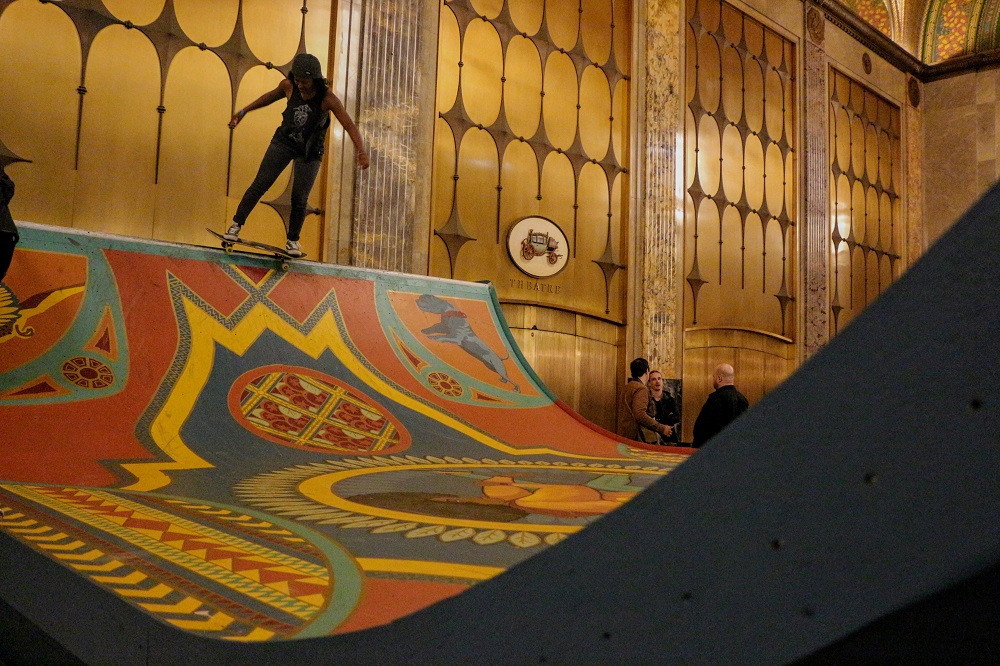 From Monday, April 3 through April 6 the historic Fisher Building was converted into a halfpipe for skateboarders, bikers and rollerskaters

Everard Findlay, Brooklyn-based branding consultant and philanthropist and with The Platform, a real estate development agency working to revitalize Detroit, sponsored the building of a halfpipe in the Fisher Building lobby from Monday, April 3 to Thursday, April 6.

The Fisher Building plays an essential role in the message and the purpose of the halfpipe project.  Because of its background in the auto industry, the Fisher Building is closely tied to the ups and downs of Detroit and the industry that gave the city its reputation.

The goal of the Halfpipe is, according to Findlay, to put this beautiful yet underused space back in motion.

Another key to the Fisher Halfpipe was the mural on the ramp that reflects the art deco interior and architecture of the fisher building.

The mural took about a week of late nights and any free time between work, according to Miranda Wedge, one of the local artists who designed and created the mural along with Brian Oscar and Hillary Butterworth.

“We started priming last Saturday (March 25)”, Wedge said.  “We’ve been working whenever we get a chance, whenever we’re able to be awake.”

Skateboarders, rollerbladers and even one guy on a BMX bike were on the ramp in the fisher lobby Monday through Thursday from 6 to 9 p.m.. The lobby and two upper balcony levels are buzzing with spectators and music.
The event has filled the lobby with people of all ages and backgrounds, skaters and parents with excited skater boys and girls alike. 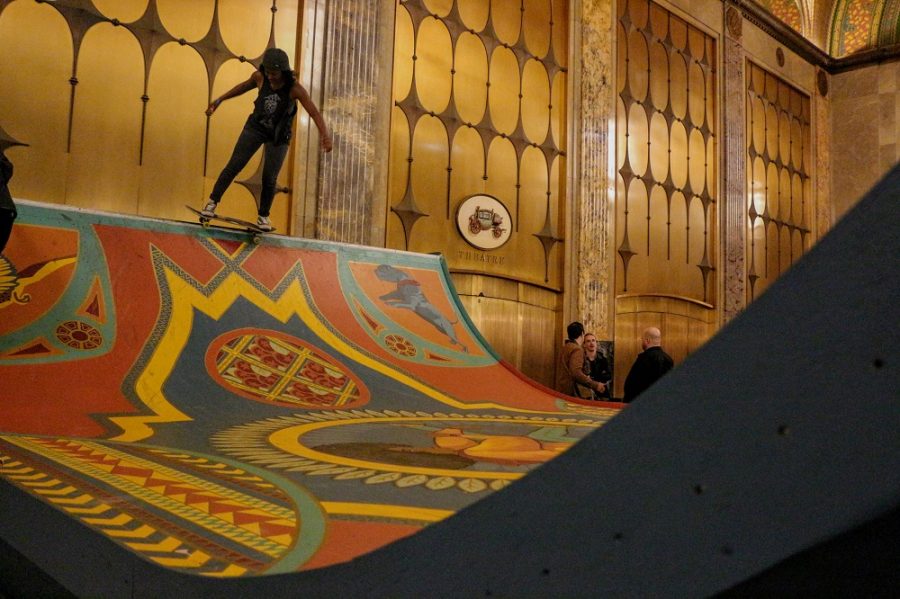