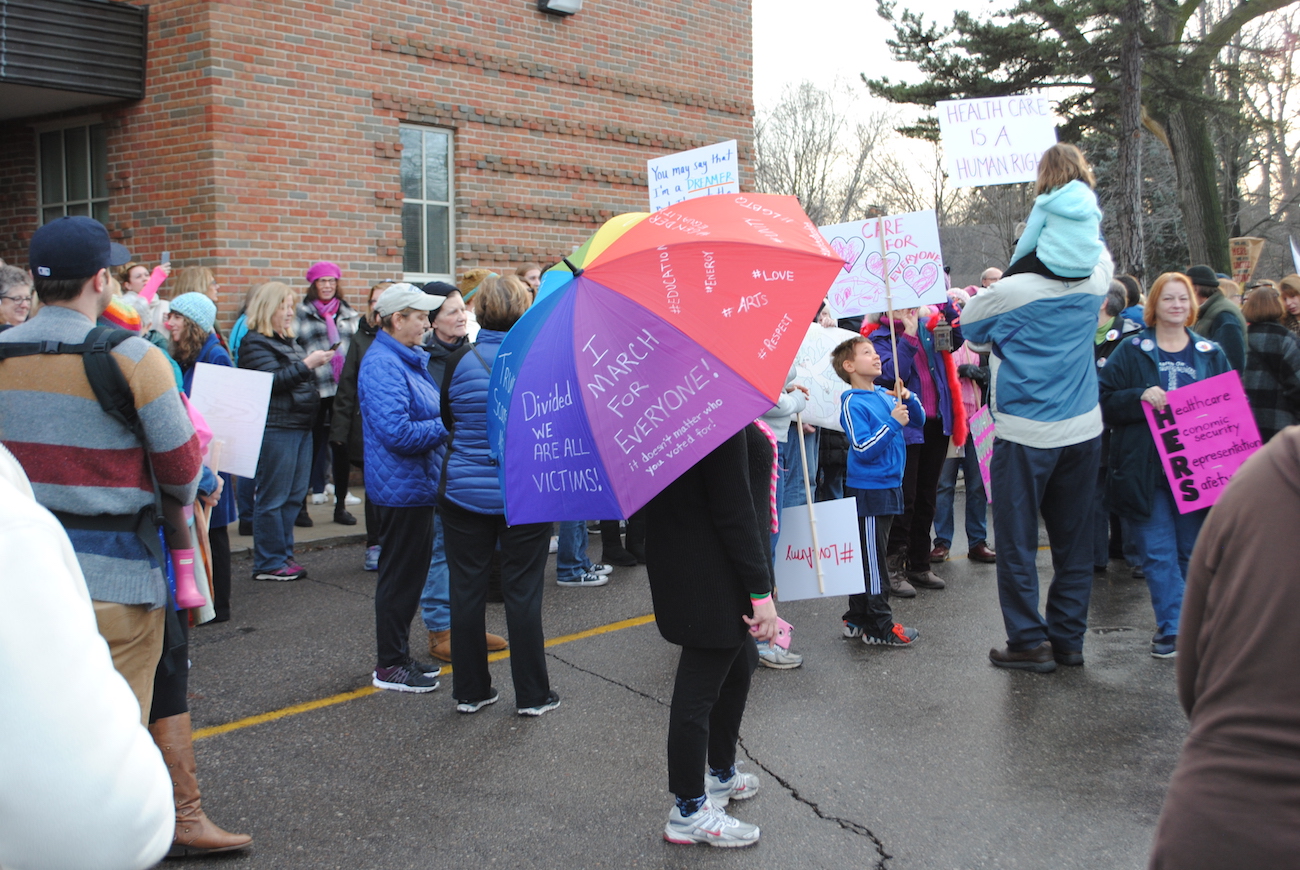 A student holds a rainbow umbrella at the Grosse Pointe Unity March. (Photo by Phoebe Miriani '18)

A student holds a rainbow umbrella at the Grosse Pointe Unity March.

Signs with sayings such as, “Love Trumps Hate” filled the Maire parking lot on Saturday, Jan. 21, for the GP Walk for Peace. The walk was organized by Welcoming Everyone Grosse Pointe – otherwise known as We GP.  Everyone gathered at 4:30 p.m. at the corner of Cadieux and Kercheval and walked to Kercheval and Wayburn, ending with a brief program at 6:30 p.m.

“The intention behind the walk is to promote solidarity and tolerance within our community.  After the divisive election, We GP wanted to provide an opportunity for our community to come together under the tenants of understanding, empathy, tolerance and protection of civil rights,” Caroline Marks, member of We GP, said.

This march was an opportunity to bring the community together despite their differences. We GP brought families, students, and friends together to stand up for what they believe in, according to Marks.

“I came to this event because since the inauguration happened, I believe that we as women deserve to be more represented,” Abby Hurst ‘18 said.

We GP believes in affordable health care, women’s rights, LGBTQA rights, immigrant rights, religious tolerance, protecting the civil rights for all and caring for our environment, Marks said via email.

“I am a believer in what this march is all about, which is to let the new president know that most the people in this country didn’t vote for him, and don’t believe what he believes in, and we are going to fight like hell for what we do believe in,” Former Senator Carl Levin said.

Many South students showed up to support the march.

“I support the cause and for me, it’s not about anything politically related, it’s not about who you voted for, it’s about equality which is a cause we can all get behind,” Jye-nai Jones ‘17 said.

The turnout for the march was surprising for everyone. According to We GP, they were only expecting about 100 people to show up when more than 1,200 people participated.

“The turnout was fabulous. My wife and I live downtown Detroit so we didn’t know what to expect but it was a huge turnout,” Levin said.

The march ended with a speech by We GP member Shannon Byrne with supporters gathered around singing “Let it Shine”. 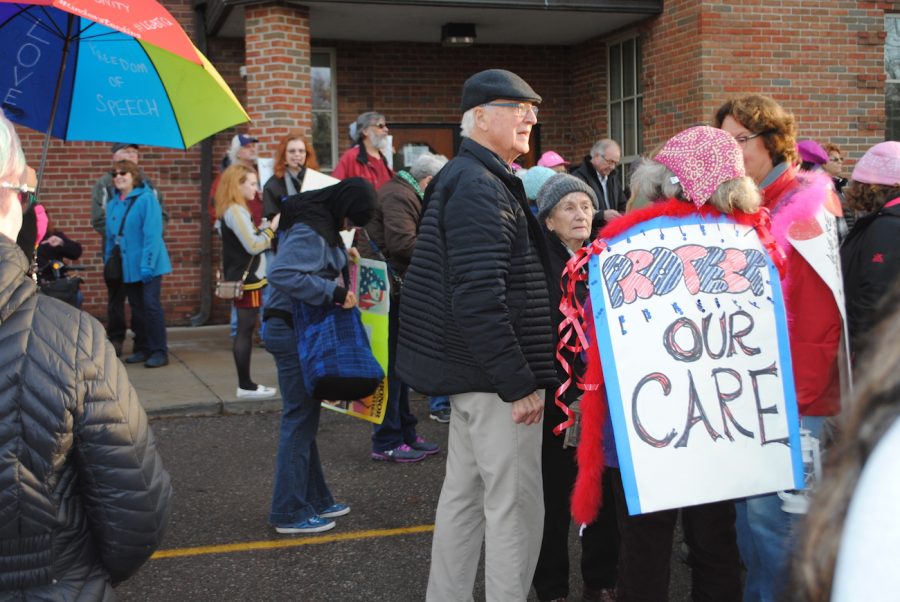