How a dance performance helped me connect to another culture

Bharatanatyam is a classical dance style from southern India that focuses on Hindu religious themes and spiritual ideas.The rhythm, movement and even facial expression are essential to the meaning of each dance. The bha stands for bhava (feelings, emotions), ra stands for raga (melody, framework for musical notes), and ta stands for tala (rhythm).

The performance I was invited to, called Nritya Sandhya, was like nothing I could have expected. As soon as the auditorium doors opened, the air was flooded with the scent of indian spices and music. The vestibule was packed with people selling jewelry and homemade food, as well as families and girls in their traditional costumes.

And the costumes, they’re amazing. One of the most breathtaking parts of the day was the colors and intricate details of the dancer’s clothing, makeup, hair and jewlery. According to our friend, who’s daughter performed, it takes about two hours to get ready.

Before the beginning of each dance, the story and meaning behind the dance is introduced.  It was fascinating watching the routines knowing that each detail, from facial expression to the way one moves their feet, had meaning. Many honored certain Hindu gods or told stories about them.

Now I can’t claim to know much about of Indian culture or about Bharatanatyam, but I believe striving to understand and respect the customs, beliefs and traditions of another culture is extremely important, especially in today’s world. It was really moving to hear our friend say how much he appreciated our being there and our respect for what was going on. He was impressed that our family could handle such spicy food, and that we value experiencing other cultures so highly.

The importance of respect cannot be stressed enough in our current political climate.  It is paramount that families, as well as individuals, strive to instill this respect in themselves and others by seeking to understand and respect, but never take, another culture’s customs and traditions.  Trust me, you will experience some of the most beautiful and unique things in the world while expanding your worldview. It’s a real win-win. 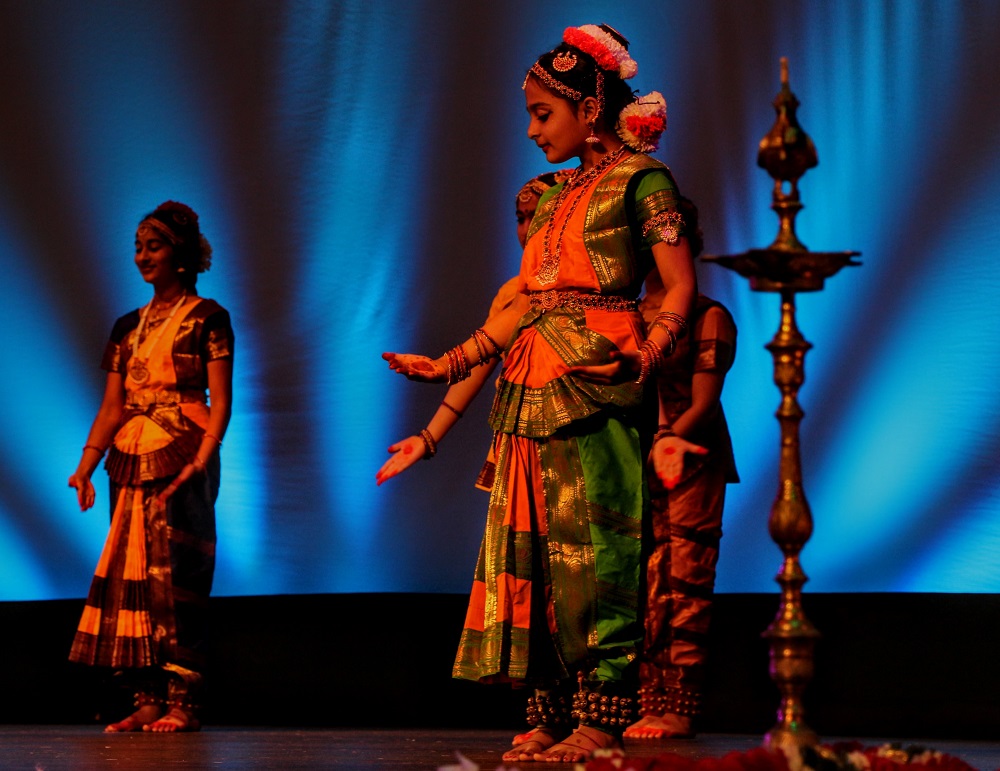