College should not be free 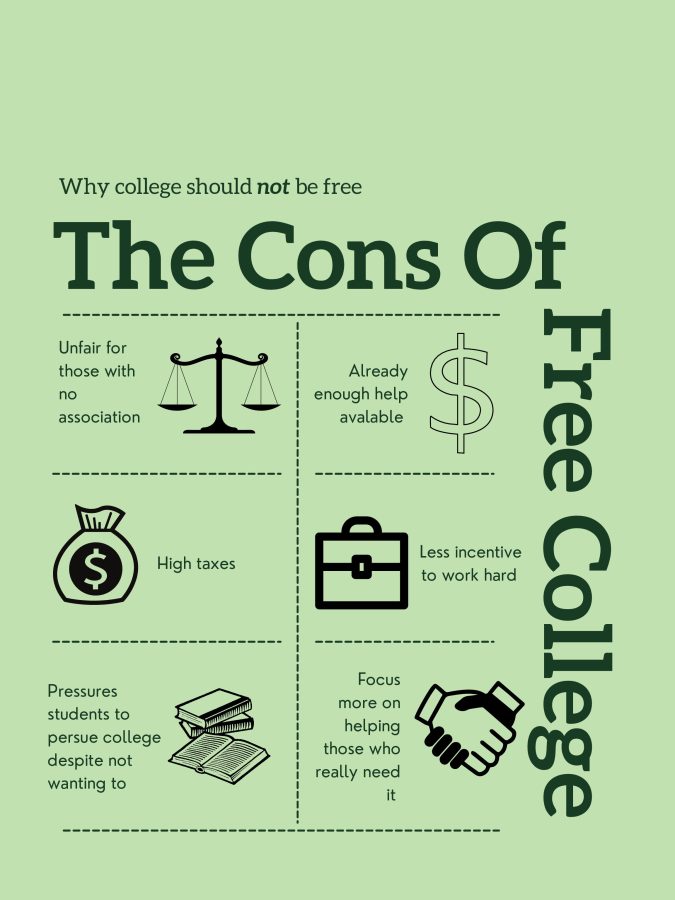 Being in high school, students get closer and closer to leaving for college. Because of this, both students and parents begin to ask themselves, “Why is college so expensive?” According to an article posted by the College Board, $45,000 is the average cost of an out-of-state school while an in-state-school is around $35,000. When people realize how expensive college truly is, they begin to question why it can’t just be free.

When analyzing this question, the many amenities and programs offered by colleges need to be taken into consideration. In order to stand out from other schools, colleges attempt to offer a large number of programs to set them apart–this ends up being costly. Public demand for college has also been increasing steadily through the years; as more people desire a higher education, schools can get away with charging more to accommodate all of these students. There has been much debate over converting all colleges to being free. Although free college does sound appealing, it’s just not fair or practical.

Students who have already graduated from college need to be taken into account. Most college graduates are up to their knees in debt from loans taken out to help pay for college. According to an article published by College Board, around 42 million people in America have student loan debts of approximately 30,000. If college were free, it would be unfair for the classes who graduated earlier to have to deal with this debt, while those with an earlier graduating year do not. Students attending college for free wouldn’t have to deal with this debt and would put them at an unfair financial advantage which wasn’t the case for a different graduating class.

There’s already an endless amount of debate over taxes, and making college free would only worsen these debates. It’s already unfair enough that the wealthy who work hard for their money have to pay more in taxes than those who don’t. Now, if free college was implemented, taxpayers with no children who have already graduated college would have to be paying a good sum of money that would be going to children in college. It’s unfair for them to make that sacrifice considering the money is not going to the betterment of the community but instead going to a cause that they have no connection to.