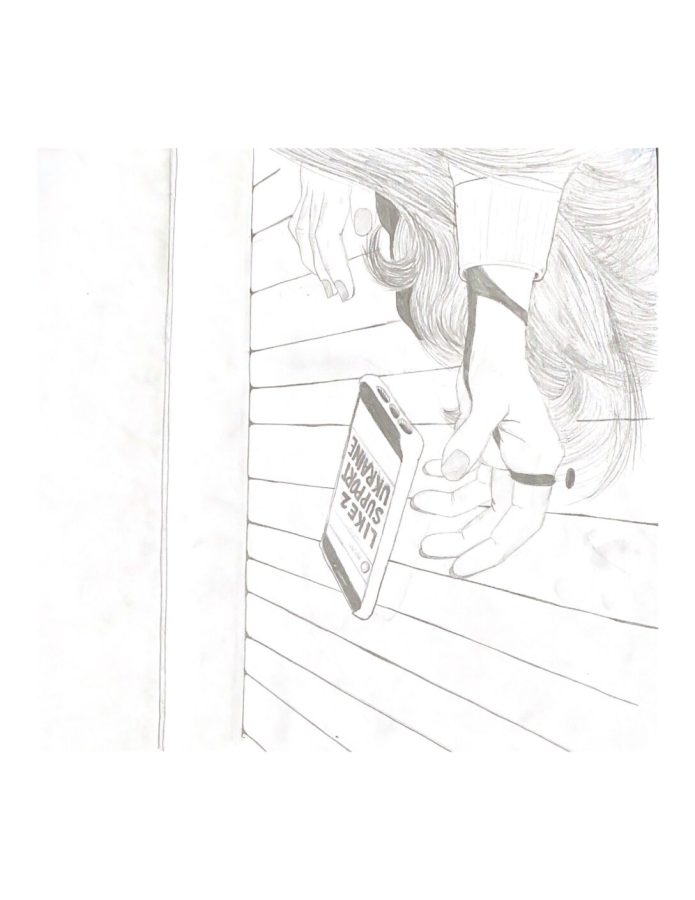 On Thursday, Feb. 24, Russia invaded Ukraine in a full scale invasion following the Russo-Ukrainian war of 2014. The two countries have had great history, Ukraine falling under the Soviet Union until becoming independent in 1991. According to international news agency Reuters, within less than a month since the beginning of the invasion, there’s been over 119 billion dollars worth of damage, 3 million people displaced, and at least 15 thousand fatalities.
With the mass use of social media and technology in the 21st century, the invasion has become a highly publicized event. Users all over the world have taken to platforms such as TikTok and Twitter to discuss their fears, poking fun at the situation and making tasteless jokes, which come across as insensitive to viewers. We at the Tower urge readers to be respectful in light of this horrifying situation, to acknowledge the feelings of those affected and to properly educate yourself before taking to social media.
According to a 2018 MIT Sloan study, falsehoods reach users on Twitter six times faster than true statements and are 70 percent more likely to be shared, or “retweeted.” Among the jokes popularized on social media, “World War III” and the “international draft” have circled around niche communities and have become a trendy way of gaining popularity and attention on platforms like TikTok.
There will be no international draft. American people will not be drafted to participate in the war and will most likely not be affected by the situation in Ukraine. Continuing the narrative that you are living through a global war when you are not is incredibly harmful to those who have in the past, or who are currently living through conflicts in their own countries. The jokes are insensitive, and arguably the only thing comical about them is the lack of clear comprehension of historical events. With that being said, it is important for any active user of the internet to further educate themselves before posting potentially harmful content for the world to see.
South has taken several steps to help refugees looking for resources, allowing students to participate and help the Ukrainian community in this time of need. The social studies department has asked students to donate to the fundraiser held to support Ukraine until March 25, and we at the Tower urge students willing to provide assistance and looking to help to engage. South is working alongside the Ukraine Humanitarian Relief and the World Central Kitchen, having places to donate in each social studies classroom. Besides working directly through South to provide charity, other organizations such as the Ukrainian Red Cross and UNICEF accept and urge donations for those looking to make a difference.