The Tower Pulse • May 19, 2020 • https://thetowerpulse.net/33516/entertainment/opinion-features-on-good-intentions-help-boost-navs-one-dimensional-vocals/ 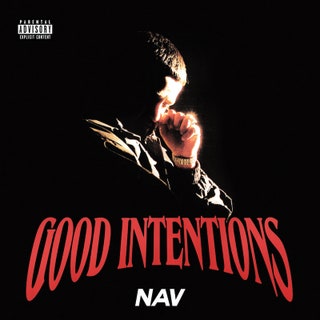 Indian rapper NAV has made quite a big splash in the rap industry in the past few years. Ever since his joint album Perfect Timing with producer Metro Boomin, his career has skyrocketed. His last two albums were Reckless in 2018 and Bad Habits in 2019, both included many artists such as Travis Scott, Meek Mill and Lil Uzi Vert. His latest album just released on May 8th, ‘Good Intentions’ has been long awaited by the rap community.

The album features Young Thug, Future, Gunna, Lil Uzi Vert and more. Starting with the features, I think the best songs with other artists are Turks (Gunna and Travis Scott), Status (Lil Uzi Vert), Spend It (Young Thug) and No Ice (Lil Durk). Turks was released a few weeks before the album as a single and it was an instant hit. The song has great flow and it goes with the beat very well. Fans raved about Travis Scott’s part in the song and I think that Scott added a different dimension to the song that made it even better.

Now to Status, a song with Lil Uzi was anticipated as a few months ago NAV and Uzi had a song called Leaders on Uzi’s album Eternal Atake (deluxe). Status, in my opinion, is the best song on the album. It has a good beat that flows nicely with the voices of Uzi and Nav, also the lyrics are really smooth in this song.

Lastly, Spend It is a very chill song, NAV is really good on this track, changing tones to complement the beat. Young Thug has a very distinct sound which was good in this song. No Ice is a personal favorite of mine. In this song both NAV and Lil Durk sing and rap which is really good with this beat. Overall, the songs with features are the highpoint of the album.

The songs with just NAV are good, but not as good as the features. He can be a little one dimensional. The deluxe version has better singles than the original. The best singles in my opinion are Good Intentions, Saint Laurenttt and She Hurtin. Good Intentions is probably the best single, it gives off vibes of old NAV and has an insane beat. Saint Laurenttt is another chill song that is relaxed and flows really well. She Hurtin is the best lyrical single – NAV is very smooth and the song sounds really good.

The deluxe version dropped Monday, May 11 and included less features, only Quavo and Lil Duke were featured. The best songs on the deluxe were Relax and Free Santana (Lil Duke). Relax is a smooth song with a basic beat that just sounds satisfying, nothing special, but it sounds good. Free Santana is a different song than NAV would normally make- it is more upbeat and loud than his normal smooth and relaxed. Lil Duke is good. He contrasts NAV’s style which makes the song good and different. Overall, the deluxe Good Intentions was nothing to get excited about.

This album was anticipated by NAV fans for over a year and I think it lived up to the hype. While some could say the songs sound very similar, I think that the songs are balanced and they all have good beats to go with NAV’s sound. But let it be known, the features really helped boost the album, the artists featured are very good with NAV. The original album is a 8.5/10, the deluxe is a 6/10, and overall the whole thing is a 7.8/10.