The Tower Pulse • May 14, 2020 • https://thetowerpulse.net/33501/entertainment/the-money-heist-offers-an-unexpected-emotional-appeal/ 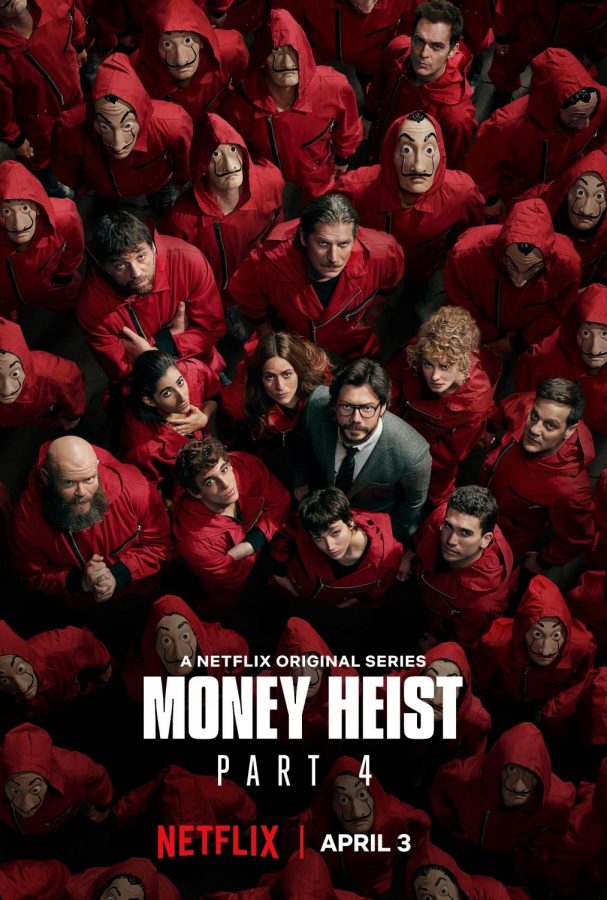 When scrolling through the many TV shows available on Netflix, the title “Money Heist” would have been the last show I would decide to watch. If not for the countless recommendations I got from friends and family members, I probably wouldn’t have taken an interest in it at all. After deciding to try the first episode out of boredom, I was hooked.
The Spanish show, originally titled as “La casa de Papel”, initially takes place in Madrid. A group of ex-cons, all named after cities to protect their identities, break into the Royal Mint of Spain. The organizer of this group, known as the Professor, stays hidden in locations outside the mint as the heist takes place. The group dresses in red jumpsuits and Salvadore Doli masks as they take 67 people hostage within the mint. The professor controls everything inside the building, being in constant contact with the robbers. The plan is to print nearly three billion euros before escaping, with the money split between each participant. Seems like a lot going on? This is only the first two parts of the series. In the third and fourth parts, the group breaks into the bank of Spain and attempts to carry out an even more impossible plan of escape.
I often become very bored when watching shows that lack excitement. Without a mystery or love interest to hold onto, I give up on shows very easily. The first episode of Money Heist can be referred to as the “calm before the storm.” As I dove in head first, I was amazed by the exciting plot and character development in the series. While watching Money Heist, you have to expect the unexpected. I was so intrigued and eager to know what would happen next that I couldn’t peel my eyes away. I got to know each character throughout the show and felt completely connected to them on a personal level by the end of part one. Every character was given a unique personality and background that many viewers could relate to and sympathize with. The show’s plot and characters contribute heavily to it’s 91 percent on rotten tomatoes.
The show offers many good attributes. It includes aspects of justice, danger, suspense and love interest. As the heist takes place, we watch many romantic relationships develop inside and outside the Royal Mint of Spain. These relationships, along with newly introduced ones, continue to flourish throughout all four parts. While romance is not the sole focus of the show, it adds an emotional appeal to soften all of the action that takes place.
The show includes many flashbacks that are easy to separate from the current day in the show. There are plot twists, cliff hangers and major losses that tug at the hearts and minds of the viewers. With nothing to do at home during quarantine, this show will definitely keep you occupied. It allows you to immerse yourself into the world of the Professor and the robbers, taking you far away from reality. Money Heist currently has four parts, but don’t worry. The cliffhanger at the end of part four tells us that there is more to come.