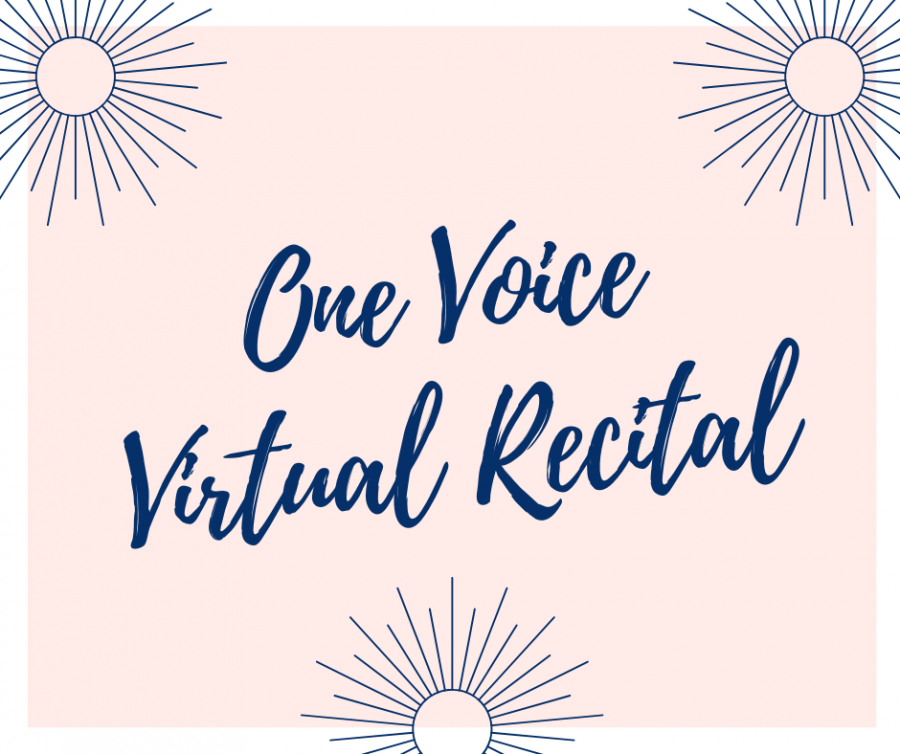 With countless concerts, conferences and almost every aspect of life changed beyond recognition, there is no doubt that any plans that were made have now been changed. This has led to an influx of online versions of cancelled events.

One Voice choir director Carolyn Gross had several projects planned to showcase the choir’s talent in its inaugural season. She said that the new forms of practicing can be hard, but exciting.

“(One Voice had) a concert scheduled for May 31 that was going to feature important women from all of our lives in a special guest choir,” Gross said. “Auditions (in June) are very up in the air. These events cannot happen in person in the same space we were going to hold them. We have to be creative about how to take the group forward and how to hold auditions.”

One Voice has started to upload students’ at-home solos to their social media accounts according to Gross. Students record themselves singing a song of their choice and then it will be posted for others to see.

“We did a (Facebook) and Instagram “One Voice Virtual Recital” series over a couple weeks,” Gross said. “We featured about 15 of our singers performing solos from their homes. Just like a live recital, but virtual.”

One Voice member Lilly Hunwick ’23 said she has enjoyed both participating and watching the online solos One Voice has been posting to their social media accounts.

“It’s just nice to get back into the choir and knowing you are going to see yourself with your friends and see yourself singing with each other,” Hunwick said. “Even though it’s online, it is still something.”

With all concert dates up in the air, Gross wanted to have recordings of the girls singing one of the practiced songs. To do so, the girls will record their own piece of the song, and then all recordings will be spliced together into one, giving the illusion of having the choir singing together.

“We had to hire a sound engineer and video engineer to complete this project,” Gross said. “It should be finished in the next couple weeks and then we will share on social media and our website.”

Lyla Paschke ’22, a member of South’s choir, has found that being involved with the arts at home has been a challenge. Paschke has found that with no concerts upcoming, practicing songs and choreography is difficult.

“When we’re assigned a project we have to rely on what we have at home to make things work,” Paschke said. “It stretches our creativity a little, but I think it’s good to learn how to use things with less mediums.”

Gross said that especially with her middle school students, online learning can be a daunting task. Many of them are new to the vocal arts according to Gross.

“It takes much more courage to sing alone on a video or to a screen than it does to sing with a group of people in our classroom,” Gross said. “We get encouragement and find our bravery when we sing with our friends in front of a teacher who tries to make it a safe place for students to feel vulnerable. Without those supports, a young singer has to muster enough courage to sing on their own. It’s not easy”

With choir, it can be especially hard to fully communicate the necessary instructions over an online video, according to Paschke. She said that this time away has given her a greater appreciation of the things which she had taken for granted.

“I just miss the joy of being all together with so many people and making music,” Paschke said. “It’s hard because everyone is so isolated right now you kind of miss that aspect of being able to dance and get out your energy and talk to other people and you know that’s what the best part about choir is being all together and feel like you are apart of this group and you are all making something beautiful that isn’t in the world before.”