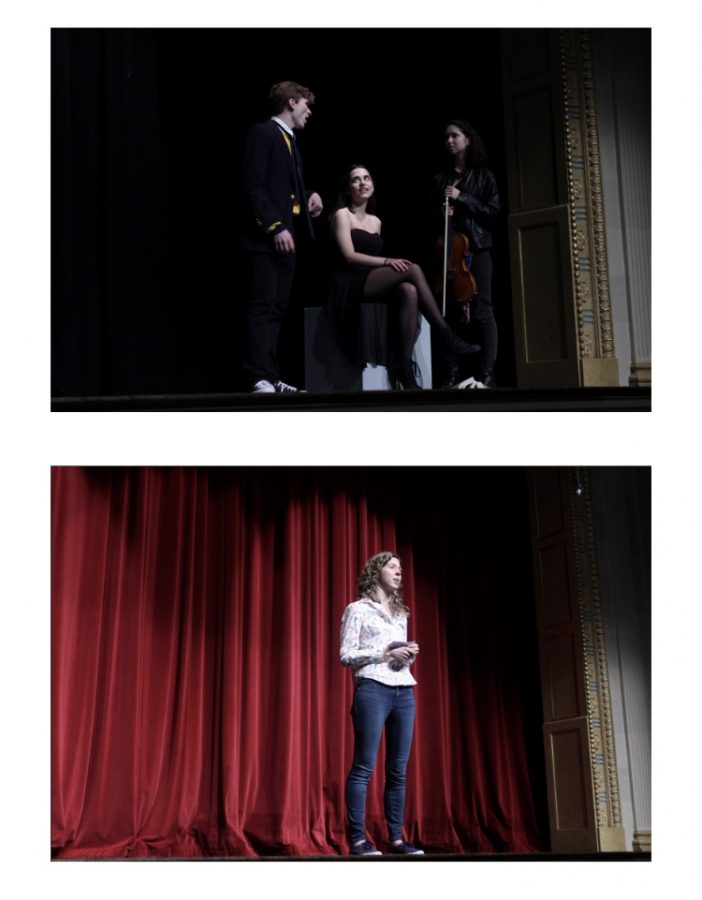 Airing May 30, the Shakespeare Club plans to perform Shakespeare’s very own Macbeth. Taking advantage of online resources, they are truly going against the odds, casting and rehearsing, all while in quarantine.

According to the president of the Shakespeare Club, Natalie Boehmer ’20, it’s exciting to work on the piece, even though she has to stay at home.

“We wanted to do it because even though with everything going on right now with the coronavirus, and school being out, we wanted to keep doing stuff that is kind of cheery; something that will bring people up in our community,” Boehmer said. “It will also give students another way to be active and pursue their interests even when we can’t physically do it in school.”

According to the Shakespeare Club advisor, Danielle Peck, she has the same optimistic view for the arts as Boehmer.

“I am an actor and many of my students who are in Shakespeare Club are actors too and it’s been very interesting to see what the arts community has done during this time. Many of the theatres that I have worked for have decided to move productions to something online,” Peck said. “I just know that especially for a lot of the seniors who are in the club, they wanted to be able to express themselves creatively and do something for the school.”

According to Peck, the format of the show is the biggest question at the moment.

“We have not decided because we need to figure how who’s going to be participating. We are leaning towards a podcast style recording. That way we will be able to edit all of the vocals and also put in work by musicians,” Peck said. “A student composed our music last year and he’s going to this year as well so I wanted to make sure that musicians also have an opportunity to get involved.”

According to Peck, there are ups and downs with streaming the event on a live platform.

“The advantages of a live-stream would be that people would be able to view that in real time. The disadvantages are there’s not as much as we can do in terms of editing and there’s risks of having a technology breakdown,” Peck said.

According to Boehmer, it is of utter importance to get exposure to the play.

“We can send either of these out to people so there’s not a chance of anyone missing. We want to make sure it is accessible to everyone in the community,” Boehmer said.

According to member Anna Abundis ’20, it wasn’t necessary to have a background in performing arts to audition.

“I don’t have any acting experience outside of Shakespeare club besides little plays in elementary school,” Abundis said. “I am trying out for McDuff. I fell in love with the character in my Shakespeare class in the fall.”

According to Peck, there are many reasons why the show might be her all time favorite.

“It’s full of action and intrigue,” Peck said. “There are some supernatural elements to the play and it is very fast paced, one of Shakespeares shortest plays.”

According to Peck, it would be great for everyone to tune in and listen to the performance.

“I think that theatre in highschool is so cool because you get to see (in this case hear) your classmates that you would never expect to become this other person. It is amazing to see that happen,” Peck said. “Support your friends and artists at school and be amazed at what they do. I think that Shakespeare would be pretty happy that people are putting on his work even though we’re in the midst of this global pandemic.”