5 things you may have missed this week 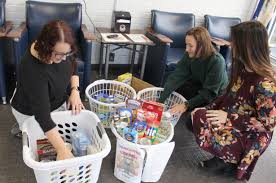 On April 14, President Donald Trump announced that he would be cutting funds for the World Health Organization (WHO) due to the agency’s handling of the coronavirus pandemic, according to CNN. The plan was announced on the President’s Twitter page, where he blamed the agency for not doing enough to prevent the spread of the coronavirus. As the nation continues to respond to the situation, Trump claimed that if the WHO would have acted earlier, he could have instituted a travel ban sooner. As the pandemic continues, the administration has been under scrutiny for not responding to pandemic earlier. With the aid being halted, WHO Director Tedros Adhanom spoke about the United States government’s action, by mentioning it during a media briefing on April 15. “The United States has been a longstanding and generous friend to WHO, and we hope it will continue to do so,” Adhanom said. “We regret the decision of the President of the United States to order a halt in funding to the World Health Organization.” 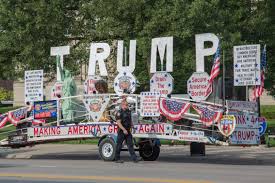 Thousands of people drove into Lansing on April 15 to protest Governor Gretchen Whitmer’s (D. Mich) stay-at-home order in place to slow the spread of the novel coronavirus (COVID-19). According to local station WDIV, people were protesting near the State Capitol because of the belief that the order is placing a “gridlock” on Michigan’s economy, and is ruining the livelihoods of many people who want to return back to work. Although the protest was supposed to be in cars only, many people congregated onto the front of the State Capitol, and many were not wearing protective gear or practicing social distancing. The protest also caused a major traffic issue, as many doctors changing shifts at nearby Sparrow Hospital got stuck in the traffic caused by the protest. This caused physicians to stay longer after their shift to cover for the delayed doctors about to head to their shift. With Michigan having strict stay-at-home orders, some residents are starting to become increasingly critical of the situation, and many people are criticizing these protests. 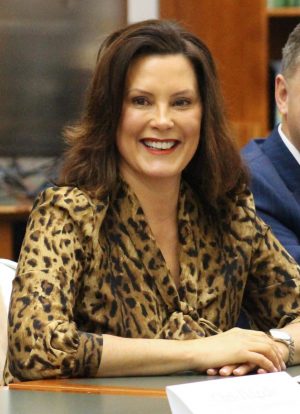 3. Midwest Governors partner up to reopen the economy

The governors of seven states, including Michigan, announced on April 17 that they would be coordinating together on how to reopen their states’ economies. The other states involved in this pact include Ohio, Indiana, Wisconsin, Illinois, Minnesota and Kentucky. The pact plans to reopen the economy in several key phases, with each having their own plan on when stay-at-home restrictions will be lifted, and when businesses can finally be back open. Other pacts have been formed in other regions of the United States in the past month, including on the West Coast (Washington, Oregon and California) and in the Northeast (New York, New Jersey, Connecticut, Pennsylvania, Delaware and Rhode Island). With these pacts underway, states are able to choose when to open up the economy in gradual steps, and each can determine when certain businesses and public spaces can open up without creating risks or an increase in infections.

4. Organizations Seeing A Boost In Donations

During the coronavirus pandemic, many non-profit organizations are seeing a boost in donations as many people are losing their jobs. According to the article “Nonprofits Seeing A Boost In Donations”, many shelters and food pantries are witnessing an increase in donations, something that usually decreases during this time of the year. “Last week we served about 13,500 people, and that was up from about 7,000 three weeks ago,” said Nicole Celaya, the executive director of FoodLink for Tulare County in Exeter, California. “We have not seen anything like this ever, and I’ve been here for five years.” Many organizations are feeling the pressure of the large amounts, as well as facing a shortage of items, such as masks and hand sanitizer. “We’re seeing a massive increase in donations, but as soon they come in, we’re using them,” Nicole Tschetter, who works at the Denver Rescue Mission in Colorado said. Although many nonprofits are asking for donations, it is also important to donate money to organizations in order to help them continue to provide aid for those who need it the most.

Many colleges and universities are considering canceling in-person classes until early 2021. Boston University is canceling all in-person activities throughout the summer and are going to offer in-person classes at the beginning of the upcoming school year this fall, but these classes may be moved online if it is determined to be unsafe to be on campus. Other colleges across the country are using similar systems, including Harvard and Oregon State, which are making their summer programs teach online instead of in-person classes. Having a backup plan during this time is crucial. As with many schools being closed right now, preparing for the unexpected is important in the case things may change during the course of the next few months that can determine whether students can enter a college campus, or if they will have to work on classes online for several months.