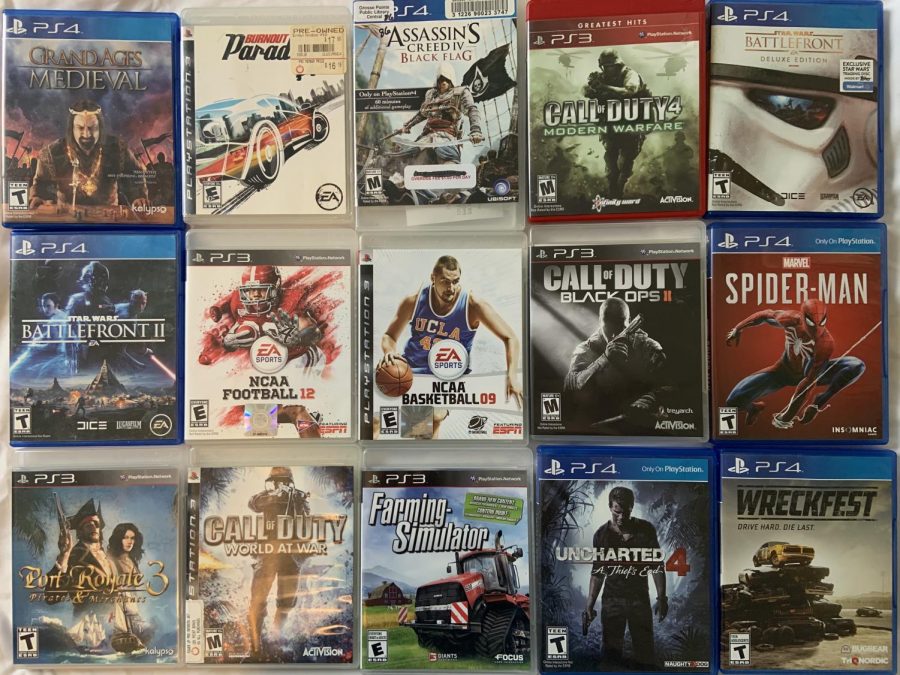 Students have turned to video games to bond with friends as they reach the end of the third week of school closures. With excess free time and no ability to leave the house, sports are an easy way to connect with friends.
A lot of students have little to do during these unfortunate events, according to Charlie Krausmann ’20. He said he has felt like he has played more video games than he has before due to this break.
“I have played more video games over this break,” Krausmann said. “I don’t really have anything else I can do.”
Playing video games online with friends is a convenient way to still communicate with friends, according to Vincent Ward ’21. He said that it is easy to have a good time with his friends even though he can’t be with them.
“Video games are a great way to stay in touch with your friends,” Ward said. “They are a great way to have a good time, even though you can’t see your friends. It is easy entertainment.”
According to Lloyd Dennis ’21, he has been more into video games than before the school closed. He said that video games allow students to connect due to the hard times.
“I never have this much time to play normally,” Dennis said. “At this time, playing video games is something I can still do to connect with people that I can’t hang out with.”
Video games have become an everyday thing for people. According to Ward, he has been playing more Fortnite than he would have if he did not have this break.
“I’ve become more and more into Fortnite,” Ward said. “The break has caused me to play more than before because I can’t do anything with my friends, and I have nothing to do at home.”
Playing video games allows students to do more than just play a game, according to Krausmann. He said that playing video games has allowed him to feel like he was with his friends.
“My friends and I can still be social by playing video games,” Krausmann said. “It feels like I’m with my friends even though I’m not when I play.”
Playing video games during free time takes stress away. According to Dennis, video games are prevalent among teens because they are a way for them to be with each other even though they are not.
“Video games are so prevalent in teens’ minds because they are something you can do with your friends in your free time,” Dennis said. “Also, they are something teens can do to still talk with people that you now can’t.”
Having so much free time to play online can make you a lot better at a game, according to Ward. He said that in this time off he has become able to play in tournaments for Fortnite with his friends which could bring him in some money.
“I have spent more time online,” Ward said. “That in turn has allowed me to be able to compete in tournaments, which could result in cash. I play with my friends in the tournaments, so we have a good time competing.”
Video games allow friends to work together on challenges, according to Ward. Video games get friends closer together when they reach the end goal of the game.
“I think that video games are easy to bond over because you have to work together in order to achieve goals in the game,” Ward said. “When the group does reach that end goal, I think we end up becoming a little closer.”