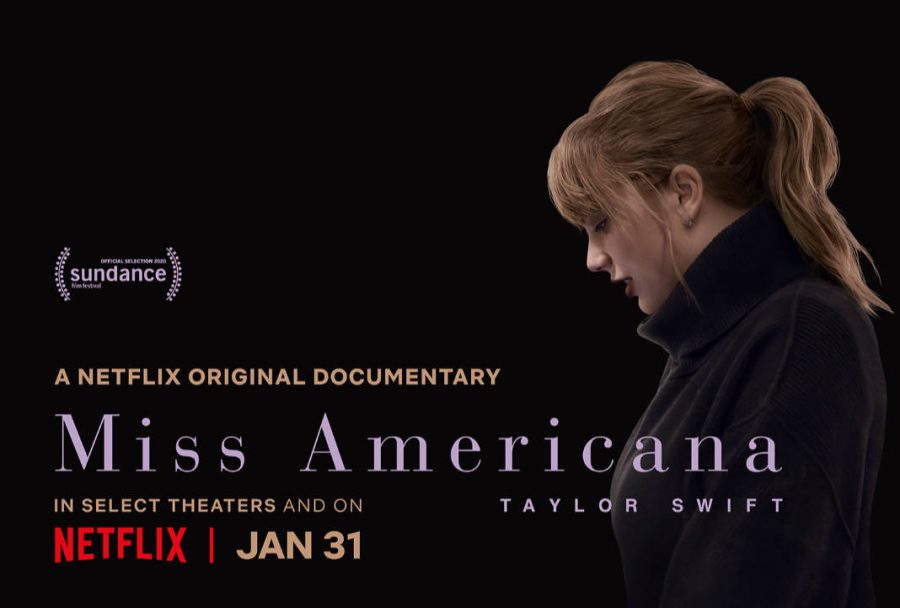 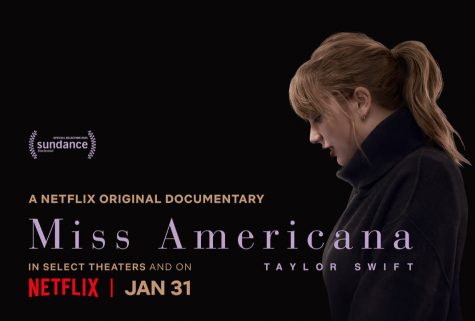 As a teenager whose middle and high school experiences were defined by blasting songs such as “Love Story,” “Holy Ground,” “Bad Blood,” and more, I am certainly not unfamiliar with Taylor Swift.

Even as a senior, Swift still saturates most of my playlists. I stayed up until midnight this past August when “Lover” dropped, eager for 18 new songs to listen to on repeat. I have silly reaction videos saved on the depths of my phone, a sticker of her on the back of my computer, and one of her magazine covers pasted on my bedroom wall.

Needless to say, when Swift released her Netflix documentary “Miss Americana” on January 31 (with a new single, “Only the Young”, featured in the credits) I already had a lot of respect and admiration for her. But that evening, I curled up in bed with a cup of tea and hit play on the hour-and-a-half movie that would leave me in further awe.

Director Lana Wilson showcased Swift in a raw and emotional light. Not even a full ten minutes in, I found myself tearing up after seeing Swift’s disappointment at Reputation for not earning a Grammy nomination. Wilson decided to film the exact moment Swift found out, and the sadness she emanated seemed to bleed through the screen. But I also saw a strong side of Swift’s persona, a side that her normal celebrity facade keeps hidden: her resilience.

“I’ll just make a better album,” she told her manager on the phone after hearing the Grammy news. Although I could see tears in her eyes, there was a hard edge to her tone, a determination that Swift’s music videos, Instagram pictures could never portray the way this scene did.

After watching this moment, I knew the documentary wouldn’t disappoint. My eyes were glued to my computer screen the whole time, enthralled by Swift’s personal side. Wilson’s direction was brilliant in that she made the viewer feel right by Swift’s side, experiencing all her highs and lows with her.

In general, Wilson follows Swift’s career, with a particular focus on her defining moments. Such moments included the 2009 VMAs when Kanye West interrupted her award speech and the 2016 drama between Swift and the Kardashians that led to #TaylorSwiftisOverParty becoming a top trending hashtag on Twitter.

Wilson dives into how that particular drama affected Swift, zeroing in on the year she spent off-the-grid and away from the media, not drawing any attention to herself until she dropped her first single off “Reputation”: “Look What You Made Me Do.” The way Wilson documents this process is eye-opening, especially with how the film is edited.

In particular, there was one scene showing Swift’s writing process for “Getaway Car,” a song off “Reputation.” Swift and a producer are working on the lyrics to the bridge, and the scene cuts from Swift singing it in the studio to her performing it in a stadium, surrounded by bright lights and screaming crowds. Editing like this adds to the intimate feel of the documentary, along with the contrast between Swift’s personal life and the Swift everyone else sees.

Swift’s personal life is at the forefront of the documentary; Wilson didn’t just film Swift recording songs in her studio and call it a day. For example, during the 2018 midterm elections, the world saw Swift’s post on Instagram that backed a Democratic candidate–the first time she expressed her political views throughout her career. The film explored Swift’s thought process and deliberation about this decision, and Wilson actually includes the moment when Swift, sitting next to her mom and publicist, hit the post button.

Wilson’s documentary is shaped around times that followed the personal aspect of public events relating to Swift. Not only does the audience see this with Swift’s involvement in politics, but also with her sexual assault case in 2017, her mother’s cancer, and more.

Overall, “Miss Americana” offered an illuminating insight into Swift’s career and life over the past decade, and it gave me a new perspective on who Swift is as a person and a deeper meaning to her songs. Now whenever I listen to Swift, I can better visualize the effort and time she puts into each lyric and the stories behind everything she writes.

I would recommend this documentary to anyone, not just Taylor Swift fans. It is an intimate memoir shaped into a film from interviews, candid moments, and performances. I didn’t think I could respect Swift more, but after watching it, my admiration for her only grew. Swift is a legend in the making, a celebrity our society will never forget. Lana Wilson’s “Miss Americana” only proves that.

“Miss Americana” is currently available to stream on Netflix with a one hour and 26 minute runtime. It has a 93 percent score on Rotten Tomatoes and a 7.5/10 on IMDB. The author rates it 5/5 stars.