Opinion: The Grammys are the “Bad Guy” 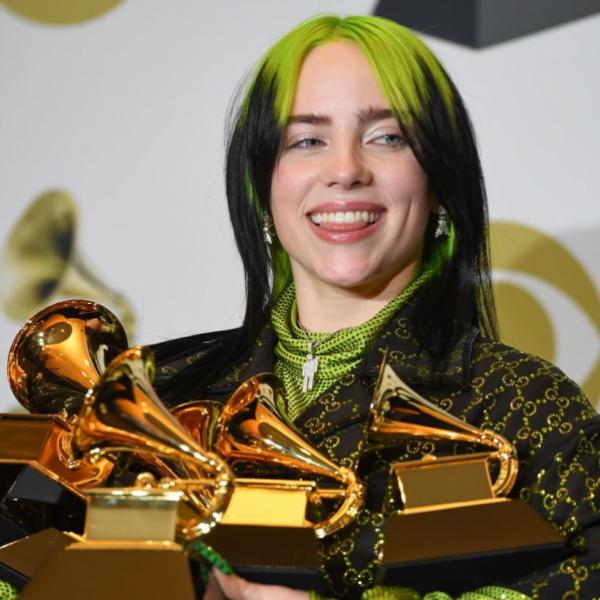 Billie Eilish, pictured with the five Grammys she won. Photo courtesy of grammy.com