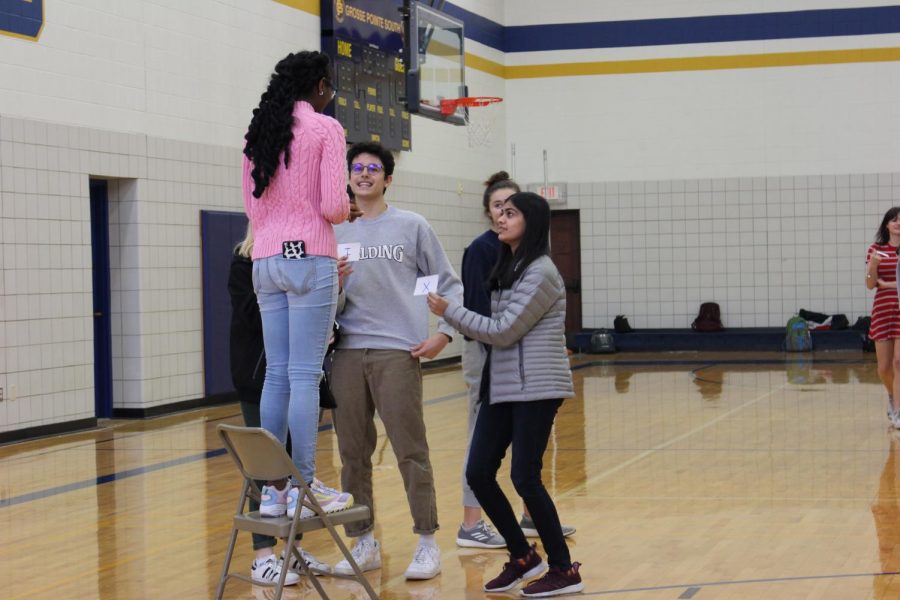 In order to spread acceptance and open conversation throughout and outside of Grosse Pointe, Student Empowerment: Educating a Diverse Society (SEEDS) sponsored Grosse Pointe South’s first Dialogue Day, according to SEEDS facilitator Christina Thomas ’21.
Dialogue Day, taking place on Dec. 4, was part of a bigger SEEDS project called Culture Week. Thomas said that efforts to create the week were primarily student-based.
“Students had to create a budget, and they had to show the budgets to (principal Moussa Hamka),” Thomas said. “They then had to go through a whole bunch meetings with faculty, call guest speakers and get the resources. There was a lot of work put into this.”
To make Dialogue Day happen, SEEDS adviser Lisa Kline said student facilitators met several times to discuss budgets, activities and a “wishlist” of things they wanted to accomplish during the day and during all of Culture Week.
“The kids had major ideas,” Kline said. “They decided to come up with a general outline of things they wanted to accomplish; like a wish list. Afterwards, we talked about things that realistically would work realistically couldn’t. Once we had a general outline and a mission the kids went down and pinpointed exactly what we needed, what had to be done in order to pull everything off in terms of contacting vendors and coming up with a calendar of events and deadlines and a budget.”
Dialogue Day consisted of three main activities: four corners, American Dream and Sim City. Each activity was followed by a debriefing session with one of the SEEDS facilitators to discuss how people felt during the activity and what they gained from it.
“We played (American Dream), which was based off of characters with different characteristics unfamiliar to what you have,” student participant Jack Michaud ’21 said. “You had to play as that character, and you would see how these certain innate characteristics that you had would allow you to go farther, or take you back in life. It was like a game of life almost.”
According to Thomas, each activity served a different purpose for conversation. Four Corners was an activity where students talked about times they’ve discriminated, or been discriminated against; American Dream had students look at how well they did in life based off of their physical characteristics; and Sim City put students in different socioeconomic environments to recognize the struggles of underprivileged communities.
“My favorite activity was probably Sim City,” Thomas said. “It was really exciting to see everyone come together and experience what we had to offer. Then at the end, when we got to talk all in one big group, it was really nice to hear everyone’s opinion. I really enjoyed that.”
Overall, Kline said she thinks Dialogue Day went great, and she hopes that SEEDS is able to set a precedent to continue schoolwide conversations like it in the future.
“Students were engaged, students seem to be happy and students gave you know stopped me after and gave me positive feedback,” Kline said. “I think I think it went great. It was awesome to see and do hope to do this again in future years.”