One voice, one mission: community choir preps for inaugural concert 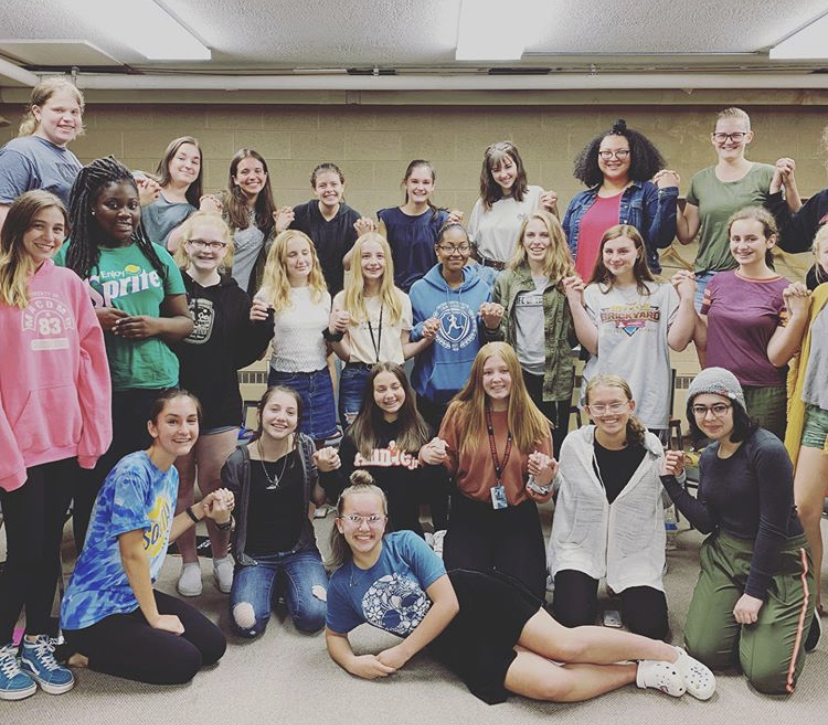 One Voice holds hands in a show of unity during a rehearsal. The choir is in its inaugural season. Photo courtesy of Carolyn Gross.

New girls’ community choir One Voice is starting to prepare for their first ever concert, which is taking place Nov. 17 at Grosse Pointe Woods Presbyterian Church.

The singers have been preparing for this concert for several months now, feeling a mix of both excitement and nervousness as it nears closer.

“I am very much both,” said member Svea Swanson ’22. “I’m very excited because it’s the first one, but I’m also very nervous, because there’s still a song that I’m not too confident with yet, but I’m going to work on it this week.”

According to choir director Carolyn Gross, she decided to form the choir as a way to give back to the community, and is excited for people to see the hard work that the group has put in during the past few months.

“We have 32 singers in our first season,” Gross said. “The girls are from schools all around Grosse Pointe, and some of them are from Chippewa Valley and the International Academy of Macomb. Part of our mission is to broaden our community, so we will continue to reach out (to people) beyond Grosse Pointe.”

Many One Voice members, such as Swanson, are enjoying the choir, as the atmosphere is a positive one, which is helpful as everyone is preparing for the concert.

“It’s very fun, just because we all love each other in One Voice and it’s just like a family,” said Swanson. “We all get to be together and just have a good time on a Tuesday night, and it’s (become) really excited because it’s our first concert ever.”

With all the preparations taking place, Gross hopes that the community has a positive response to all their work and to continue supporting the group.

“I want the audience to expect really beautiful music and to witness the start of our musical journey,” said Gross.

Swanson also has similar hopes for the concert, and wants to make sure that the response from the community is a good one as well.

“I want them to know that with the time we had to do it, we just had a ton of fun, and I hope that they enjoy it as much as they can,” Swanson said.