For many students, the beginning of August means last vacations, cramming in everything left on the bucket list and overall the hustle and 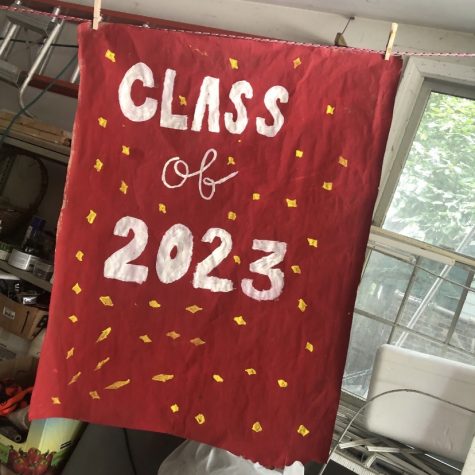 bustle before school starts in September. However, for members of student council, the beginning of August signals the start of getting ready for Spirit Week.

In preparation for Homecoming, each class must create their floats, posters, banners, etc. According to junior Vice President Katie Bennert, Spirit Week and Homecoming preparation is a huge undertaking, and each class has its own ways to get everything ready for the big week.

“Famous Freshman” Class Council Advisor Katie Parent said how incredibly pleased she was at the turnout and progress from her group, who are all coming to South from eighth grade.

“The first float party we had over 40 kids, the second over 20 kids,” Parent said. “That’s really impressive because usually, it’s a lot more difficult to get involvement this early on from incoming freshman, but I think we are in pretty great shape so far.” 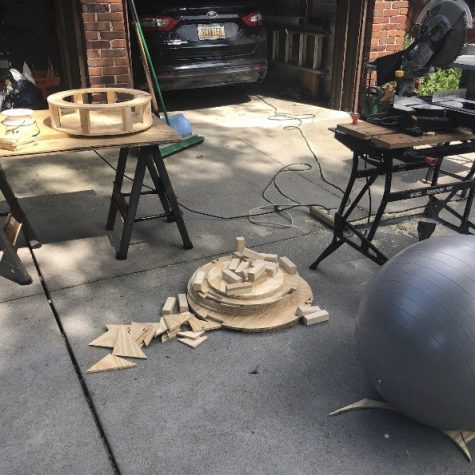 Alice Scott ’21The Saddle-Up Sophmores float is coming along.

Going from Hollywood to the Wild West, “Saddle-Up” Sophomore Class Council member Elle Ottaway said her grade’s progress has been great so far, and now one of their biggest things is getting more people involved.

“We have about half of our float done and a lot of posters, and the pom-poms are almost done,” Ottaway said. “Now it’s getting everyone’s school spirit and getting people to attend the float parties, because the more people, the better the float.

The juniors are taking things back to the Fifties with their “Jukebox” themed Spirit day, and Vice President Katie Bennert said this year’s progress has been tremendous. 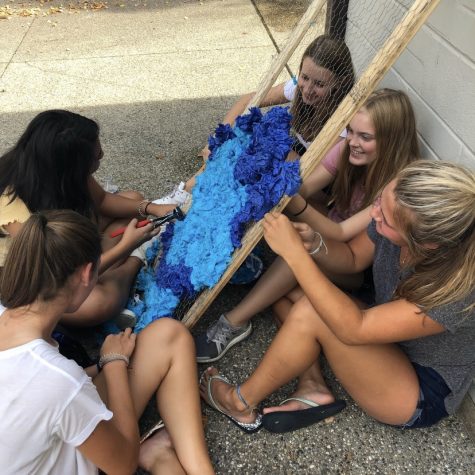 ,” Bennert said. “We are further ahead than I ever could have imagined, having more than half of our posters done, the float started, and all the behind-the-scenes spirit pack and t-shirt stuff planned, so everyone is feeling really great about this year.”

According to Vice President Andrew Fleming, the senior’s Spirit Day and float are going to be out-of-this-world with their “Celestial” Seniors outer space theme, and he said that so far, everything is going smoothly.

“So far we’ve been starting with the basics of the float, getting posters and poms done, and just getting ready for when it starts getting a lot busier during the school year,” Fleming said. “We are definitely making a good stake into what we need to be getting done.” 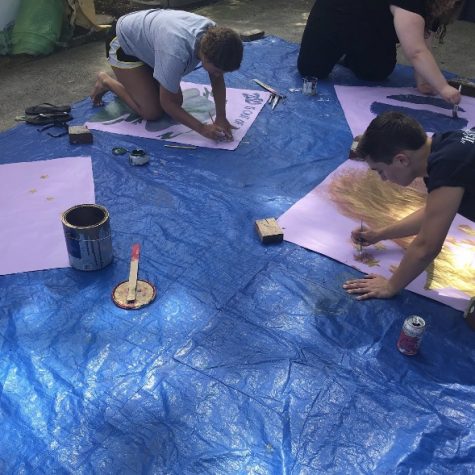 Fleming also explained how the seniors chose the theme for their final year at South, which according to the other classes was also a big part of choosing theirs.

“We ended on this theme after deciding it was the one we could do the most with and have the most creative liberty and have fun with,” Fleming said. “We thought we could take it in a direction that would make it cool for everyone.”

Homecoming season is a great time to unite the student body and for everyone to truly feel a sense of school spirit, which is a great way to start off the school year. Although each class has their own way to get ready, they can all agree on one thing.

“So far everyone is really excited,” Katie Bennert said. “It really feels like this year’s Spirit and Homecoming Week is going to be one of the best ones yet.”