The Tower Pulse • May 26, 2019 • https://thetowerpulse.net/30819/featured-content/flower-day-brings-an-abundance-of-metro-detroiters-downtown/ 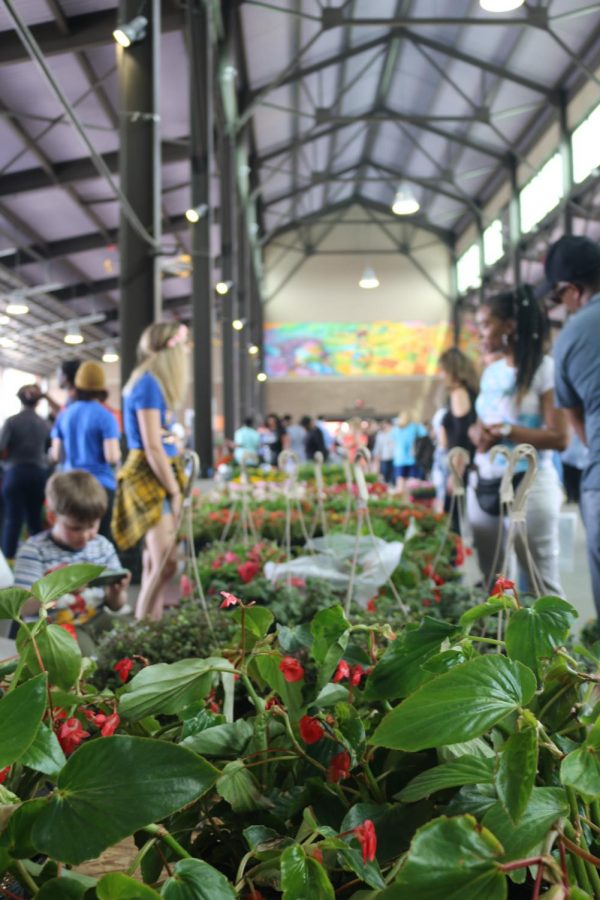 An interaction between a vendor and a buyer. One vendor, Antonia Evers, has been selling for around 50 years.

On Sunday, May 19, the Eastern Market Corporation held its annual Flower Day in downtown Detroit.

Flower Day occurs the Sunday following Mother’s Day, and the popular event can draw as many as 200,000 people downtown, according to visitdetroit.com. Attendees have the opportunity to choose from nearly 15 acres of a multitude of flowers and other plants.

Antonia Evers, an Eastern Market vendor, has worked as a seller for the past 50 years.

“I’ve done most of the Flower Days during my time selling,” Evers said. “My favorite part (about Flower Day) has to be the people; they all have a smile on their face and they’re so honest.”

Evers also explained her view of Detroit as a Canadian since she became a vendor.

“In Canada we have a lot of American customers, but I really love (Michigan) people. You’re a great neighbor,” Evers said.

The day began at 7 a.m. and ran until 5 p.m. , but to purchase the best flowers, it was optimal to head downtown as early as possible, according to wxyzdetroit.

Some of the flowers featured included daisies, lilac, jasmine, roses and succulents. Evers explained that her favorite flower are impatiens because of their shade.

“All of the flowers are very pretty, and they each put a smile on my face,” Evers said.

Caroline Baratta ’19 said she has been going to Flower Day for practically her whole life, and stated that she enjoys many different aspects of this event downtown.

“It’s a family tradition, and the flowers are typically cheaper (at Eastern Market) than if you buy them at a flower shop,” Baratta said. “I like how the event is community based, and I enjoy being around all of the people that are brought together.”

Baratta explained that she purchased flowers for her garden at home, and found a variety of plants that she liked.

“My sister and I have a little garden of our own, and then my parents do the rest of the yard,” Baratta said. “I bought some lavender, petunias and double impatiens.”

Baratta also said that her favorite flower are celosia pampas plumes because they are unique.  She also loves how bright the colors are and how the flowers are fuzzy-like.

Although flowers are the prominent source of people heading to Eastern Market for this event, there are still a lot of interesting things to do while downtown, according to Baratta.

“You can really make Flower Day a whole day event by looking at the flowers or getting lunch with family or friends,” Baratta said.