The Tower Pulse • May 22, 2019 • https://thetowerpulse.net/30803/featured-content/heading-out-of-state-senior-to-pursue-violin-performance-at-peabody-institute/

Heading out of state: Senior to pursue violin performance at Peabody Institute 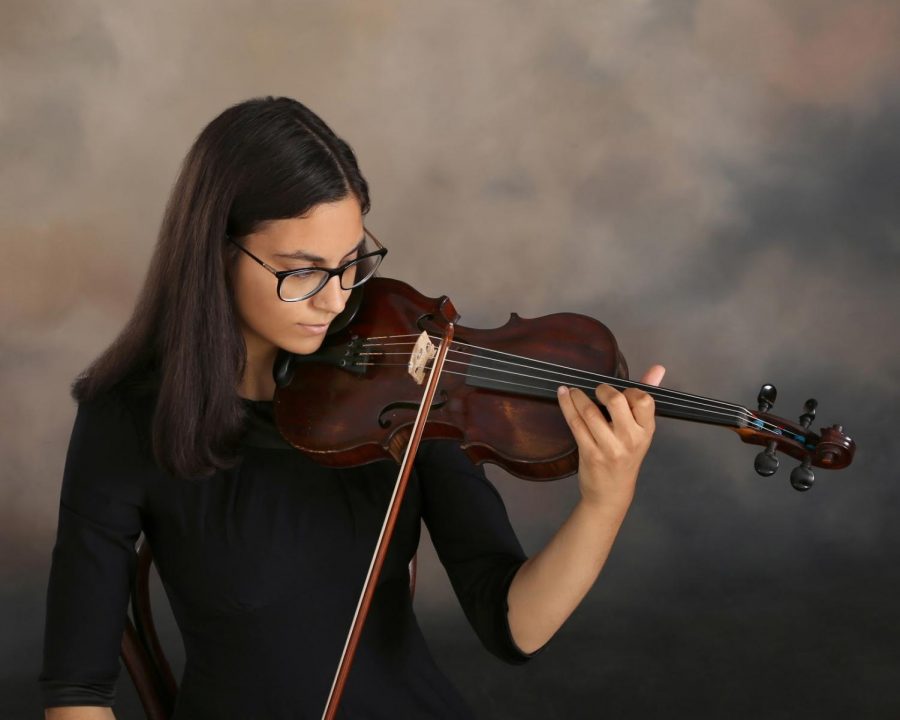 Anna Jarboe '19 practices her violin. She heads to the Peabody Institute at Johns Hopkins University to study violin performance this Fall. Photo courtesy of Jarboe.

After a fall full of learning etudes and concertos to perform during the grueling audition season for music schools, Anna Jarboe ’19 has finally decided to attend the Peabody Institute at Johns Hopkins University.

For those few students each year that decide to pursue music in college, the application process consists of additional prescreens and auditions on top of all of the normal application work.

At the college level, there are music conservatories in addition to the option of being a music major at a four-year university. While a music major would take normal academic classes, in addition to intensive music classes, a student at a conservatory, like Jarboe will be, would only take one half credit of English, with the rest of one’s classes consisting of musical endeavors such as ear training, music theory and orchestra.

“Johns Hopkins had a lot of opportunities that other schools did not,” Jarboe said. “I could also go to Sibelius Academy, which is in Finland and it is one of the top schools over there with a really hard acceptance rate. Through Peabody, I should hopefully be able to go there.”

In order to audition at the schools, which involved meeting with faculty, Jarboe had to complete prescreens, which are like auditions to audition, normally consisting of recordings and videos.

“I think a lot of the experience is based on the teachers,” Jarboe said. “The teachers I think were the best for the choices I had.”

Jarboe said she always considered out of state schools since most of the better-known conservatories are on the East coast.

“The drawback (of going to an out of state school) would be money for sure, it’s really expensive, especially for music school,” Jarboe said. “But in Michigan, there aren’t a ton of well known higher level music schools besides Michigan or Michigan State.”

Jarboe will be studying violin performance starting in the Fall of 2019.

“(Music) is just what I’ve been doing forever,” Jarboe said. “I can’t really picture myself doing anything else.”