The Tower Pulse • May 13, 2019 • https://thetowerpulse.net/30709/featured-content/robbed-of-two-hours-after-going-to-see-new-after-movie/

Robbed of two hours after going to see new “After” movie 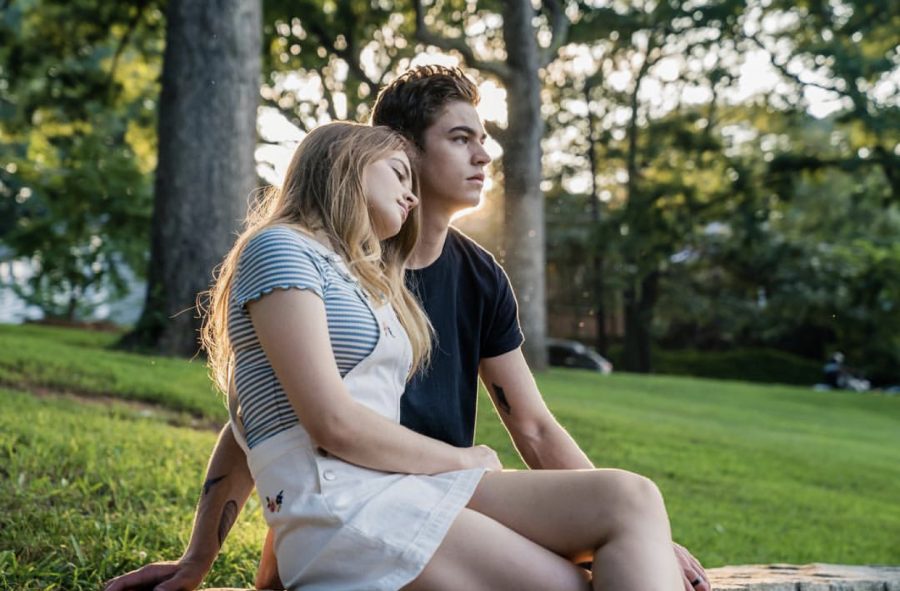 I have never felt more like I had just wasted two hours of my time than when I left the movie theater after seeing the new teen romance movie “After”. Directed by Jenny Gage, this film is based on the book After by Anna Todd. However, the term “book” is used loosely– although “After” was eventually published and had character names changed, the story originated as a Harry Styles fanfiction.

Yes, a fanfiction. It’s garnered over 500 million views on Wattpad– a popular website where users can write anything, from fanfic to original stories, and publish them for others to read. My friends and I knew this going into the movie. In fact, it was the main reason we went to go see it. We were in the mood to make fun of what would surely be a cringey romance movie, starting off on that website the way it did.

We had read parts of the fanfiction– which is still on Wattpad– during school lunches, solely to laugh at the poor writing about the protagonist Tessa Young’s college experience meeting bad boy Harry Styles. However, none of us felt inclined to read the book that was published with changed names: “Harry Styles” became “Hardin Scott” and fellow band member Zayn became “Zed”.

None of us were prepared for how bad the movie actually turned out to be. I, personally, hoped the movie would salvage some of the horrible plot points of the fanfiction and subsequent novel. Although I really can’t compare it to either, having never fully read them, as a standalone movie it was unsatisfactory. I walked out of that theater unable to think of one thing I liked about the movie. Something my friends kept bringing up was the complete and utter lack of plot.

The plot was, for lack of a better word, nonexistent. It was just different scenes of Tessa and Hardin as a couple, once they got together–which only took the first thirty minutes. Both characters had no depth– the only time I saw some was in Hardin’s backstory, when his daddy issues were merely was brushed upon. The end of the movie was pretty pathetic as well, leaving me unsatisfied and annoyed at Tessa’s character.

The dialogue was so awkward, it’s still branded in my mind. I physically cringed away from the screen when Tessa told Hardin “nothing will make me change the way I feel about you”. I seriously questioned her judgment when she ditched her dorm and moved into an apartment with him. The barely-competent acting only added to the awkwardness of Tessa and Hardin’s relationship. The lines sounded forced and out-of-place as they came out of their mouths.

Overall, this movie was a bust. Don’t waste your money going to see a film with no plot, no character growth and sub-par acting. It received a 19 percent on Rotten Tomatoes, which is generous–there are plenty of other movies playing that would be better worth your time. I would rate this 1/5 stars.