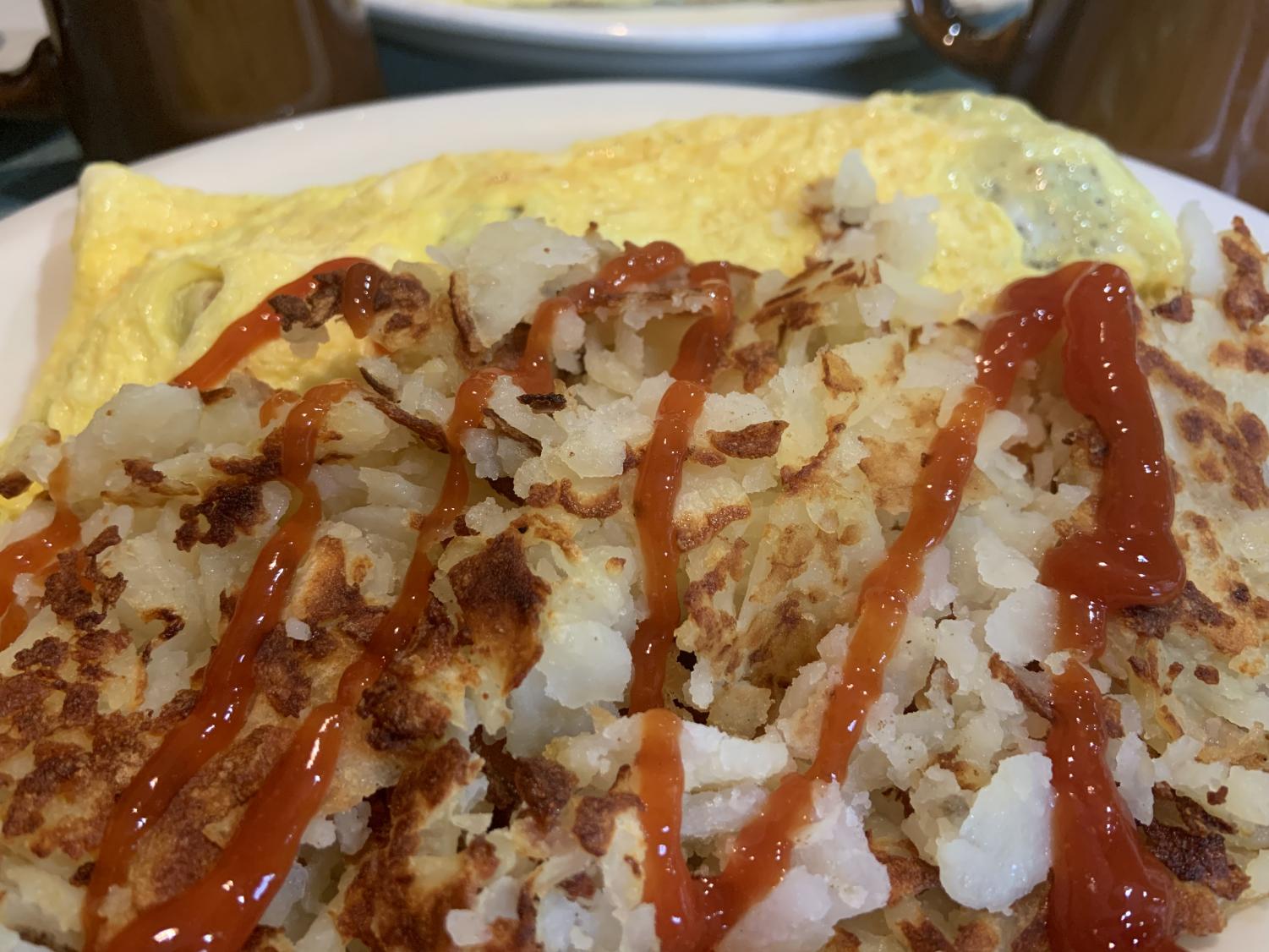 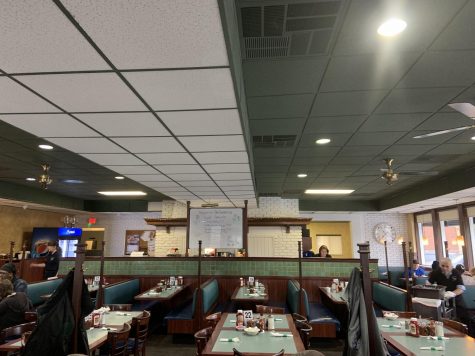 The inside of the restaurant offers many large booths and family-sized tables. 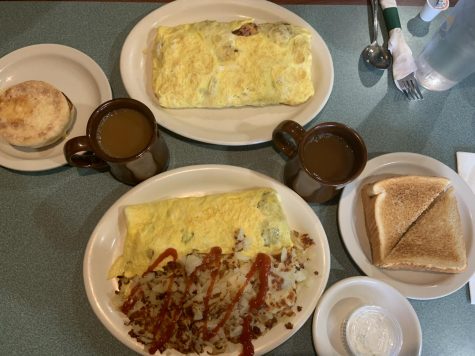 Most of the breakfast items come with toast, english muffin or pancakes. 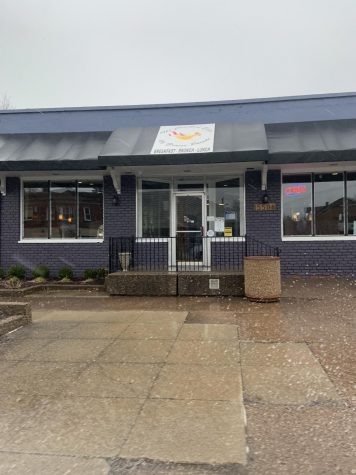 The restaurant is located on Mack in Grosse Pointe Park. Photos by Gardey.

When I stepped out of the rainy Saturday morning into The Cracked Egg of Grosse Pointe, I was immediately hit by not only the fragrant smells of coffee and sizzling bacon, but also by the comforting feel of the surprisingly cozy and family-friendly atmosphere. I felt like I was in a small-town diner on a movie set.

The stellar servers were beyond patient, coming back to our table several times for my indecisive friend and I as we poured over the expansive menus offering all kinds of breakfast items, from crepes to Belgian waffles, pancakes and an assortment of omelets and eggs (of course, hence the name). Our server was also more than ready to refill our waters and coffees several times throughout our meal.

While the extensive menus could pose a challenge for those of us whose eyes are much larger than our stomachs, I appreciated the vast array of foods, including the burgers and salads served all day to satisfy any kind of taste buds.

I settled on the farmers omelet with a side of white toast, while my friend opted for the Greek omelet, hashbrowns and english muffin.

For context, if I could only live off of one food for the rest of my life, it would be hash browns. So, when I learned that my hash browns would be hidden within the confines of my omelet, I was sorely disappointed. Little did I know, putting hash browns inside of an omelet is a genius move.

Rather than being hidden within the bacon, onion and cheese of my omelet, the hash browns were in every bite, complementing the meat perfectly. They were thicker-cut, however, the classic golden brown crunch was still very much there, even being inside of the eggs.

My friend highly recommended the Greek omelet as well. With the servers advice, she went for the tzatziki sauce on top, a move she said was a must.

The only thing I felt was slightly lacking in the food category was the coffee. I am definitely not a big coffee person, to begin with, however, I felt that it was unusually bitter. Fortunately, however, the frequent refills and piping hot temperature made up for any lack in taste.

Until my friend recommended this place to me, I had never heard of it. However, after the excellent service, tasty food and friendly ambiance that made for a highly enjoyable Saturday morning brunch experience, I will most definitely be returning again soon. I am certainly glad to have experienced this surprisingly well-kept secret.