“The room where it happens” 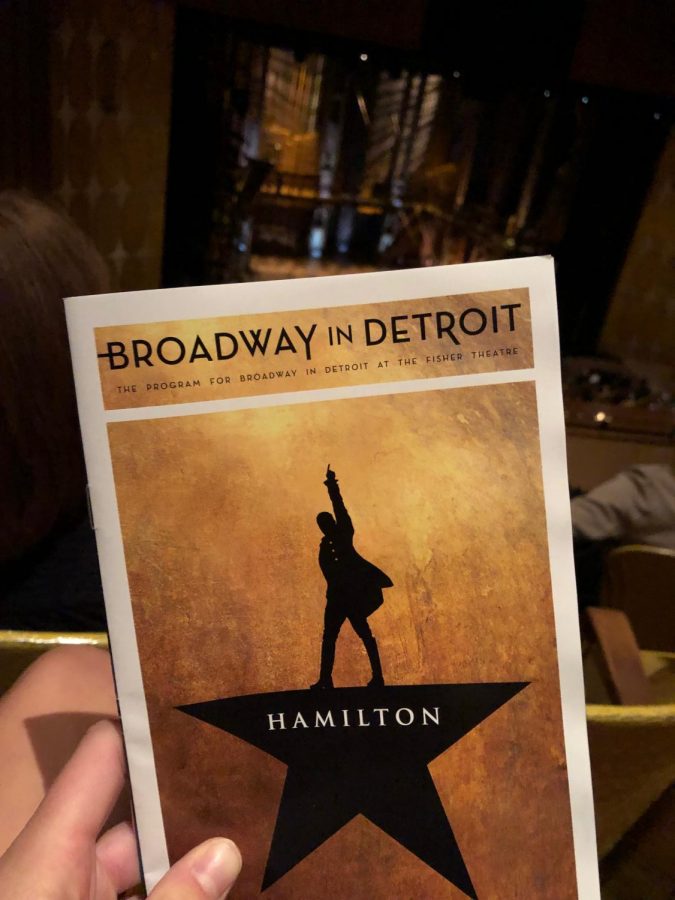 I’ve been a fan of Hamilton ever since it became wildly popular a couple years ago. Since I first heard the songs, I instantly knew I liked it because of how it broke musical standards.

I’m not huge fan of musicals mostly because I get sick of the repeating melodies and find them boring at times, but Hamilton was different and did not disappoint me like other musicals have in the past.

Hamilton has made me gain interest in American History and grew my love for the founding fathers, and even Aaron Burr. I have no problem boppin and singing along to Hamilton with the catchy rhythm and historical lyrics.

Seeing Hamilton live was magical. It was amazing to see the soundtrack brought to life on stage. I loved every aspect of the performance from the acting, singing, and dancing. Everything about the show was spectacular.

What makes Hamilton special is it stands in its own category and differs from other typical musicals. The mix of hip hop and rap makes it hugely successful and popular among all ages. Hamilton combines history with a twist of modern music to tell the life story of the founding father Alexander Hamilton and his role in the making of America.

I saw Hamilton in Chicago two years ago, but seeing it in Detroit was a completely different experience. Having the venue in the fancy and classy atmosphere of the Fisher Building added to the excitement of going to the performance.

One of my favorite aspects about Hamilton was the stage. The stage remained the same for the entire musical, but it was different than that of other productions. Throughout different musical numbers, the circles in the center of the stage moved, with some characters moving with the circles and others staying stationary. I thought that was very cool.

The lighting was also entertaining to watch. It was so colorful at times and flashed so bright and went along perfectly with the music. During one of the numbers that took place during one of the battles in the revolution, the lights brightly flashed red and blue. This was a small detail that made the show fun to watch.

I was impressed by the amount of people who were as excited to see the show as I was.  I think that shows how many people this show has interested and how many lives it has touched. Not one seat was open at the performance. The audience was filled with people ready to experience the excitement of the American Revolution. That is what made this show so special. The audience was filled with people of all different ages and backgrounds who were able to enjoy the show. I like Hamilton because it gets all kinds of people interested in American History.