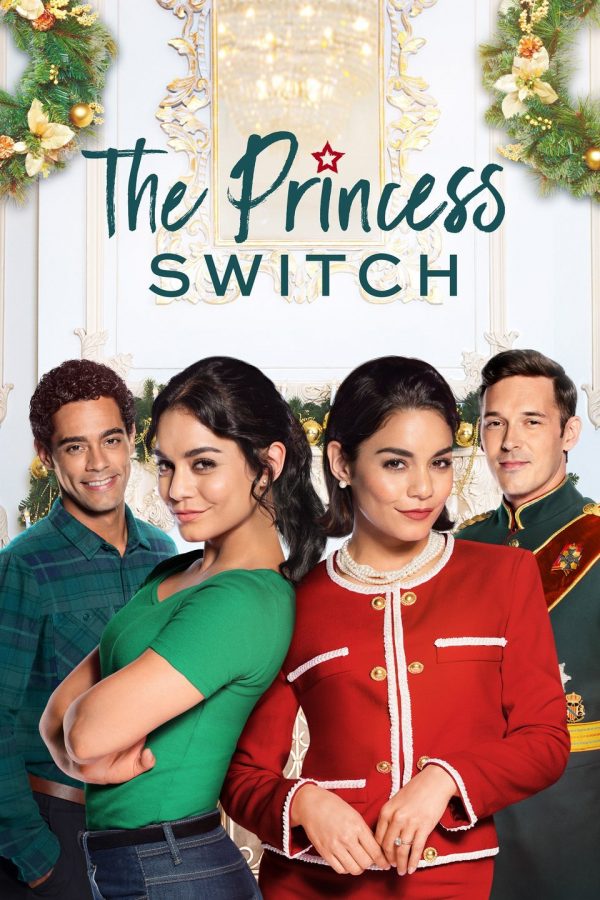 Every year there is an influx of new Christmas movies around the holiday time. What once was the Hallmark channel’s job now rest on the shoulders of Netflix. This December, there are many new Netflix original movies to celebrate the season. From “The Christmas Chronicles” to “The Holiday Calendar,” there are plenty of movies for people to enjoy this Christmas break.

When choosing which movie to watch, “The Princess Switch” caught my eye from the uniqueness of the plot and the name recognition of the protagonist. I was pleasantly surprised by the movie from the writing to the acting. However, the ending was too predictable– even from a Christmas movie standpoint.

The movie tells the tale of Stacy DeNova (Vanessa Hudgens), a talented baker, going to the kingdom of Belgravia to compete in a prestigious Christmas baking competition with her childhood friend, Kevin Richards (Nick Sagar). When they arrive, DeNova runs into the soon-to-be princess of Belgravia, Lady Margaret Delacourt (Vanessa Hudgens), who looks identical; Delacourt invites her doppleganger to come over for tea– where she asks the baker to trade lives with her for two days before the royal wedding.

The rest of the movie consist of the two interacting with each other’s lives. They escapades that the characters get into are funny and kept me captivated. The relationship that stands out the most is that of Crown Prince Edward (Sam Palladio) and DeNova. The prince is a very traditional man who often just follows the direction of his parents; however, the assertive baker teaches Prince Edward to take initiative and to make his own path. He begins to understand that there are faults in the current system. This message transcends their relationship and can be applied to the movie as a whole; all the characters become more aware of themselves and their feelings as the movie progresses.

While wholesome, feel-good moments are in abundance throughout the film, the end pushes the boundaries when it comes to nice and tidy endings. There was a lack of consequences in the closing of the film; the conflict was solved too easily. The film wraps the story up like a present under the tree too easily, and it left me wanting more.

As a whole, the film was a wonderful example of a heartwarming Christmas film that didn’t take a common approach. The movie illustrated some witty writing and good talent overall. However, as the conclusion left me with more to be desired, the movie did not stand out as well as it could have. If you are looking for a fun, simple movie to watch over break, I would recommend “The Princess Switch,” but beware of an ending that disappoints.