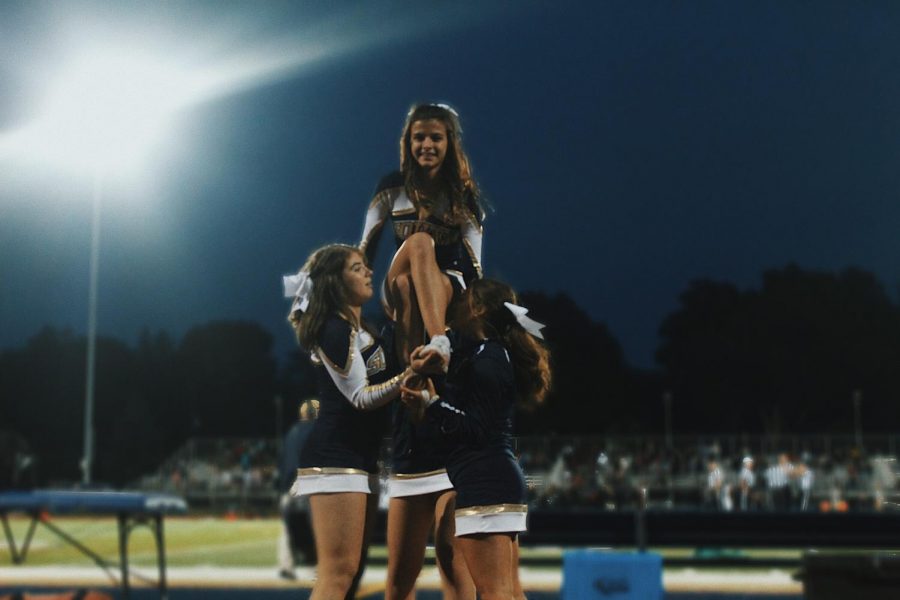 As my third year of sideline cheerleading comes to a close I cannot help but notice that something has changed– it is subtle yet something that I am entirely grateful for. I am glad to say that I have seen a new wave of appreciation from the boys on the football team that was not there before.

For the past two years I have often been irked by the notion that the cheerleaders’ sole purpose is to cheer on the football team. Yes, that is one thing we do, but our sideline season is actually where we lay down the groundwork for our competition season. Understandably, most people only see us at games so they don’t realize the amount of hard work and dedication we put in.

In the past, the cheerleaders have often had a cheer-mom make the signs hung up on the football player’s lockers every Friday, while the cheer team only got signs for special occasions, even though it was a cheer-mom making them. In addition to this, the football team also got goodie bags filled with treats made by the same parent. During this time, I rarely heard a thank you from the majority of the football team and I began to feel that not only did they not appreciate everything that was done for them, but expected it.

My suspicions were confirmed when the current football season came around and I was questioned by one of the football players as to where their lockers signs and treats were as they had not received them for the first few games. This was due to the fact that the mom responsible for all of these luxuries no longer had a daughter on the cheer team so the responsibility had fallen to either the other parents or the cheerleaders themselves.

So as a group, my team decided to attempt to make locker signs for the Homecoming game. Little did we know, making the signs took six hours. In my opinion, that is a lot of time to spend on something that I wasn’t originally on board with because I never saw any appreciation for the hard work put in week after week by someone who didn’t have to do what she did, but did anyway because she wanted to support the football team.

After the signs were hung after school on Thursday and the next school day started, I began to hear thank you’s and appreciative words from football players as they received something they had once taken for granted but now appreciated and valued; they realized the signs weren’t a guaranteed thing and the treatment they received from the cheer team is something they should appreciate and take notice of.

I love supporting the football team and am grateful that I am able to play a role in something that unifies the school, I just hope that this same support can be seen when our competitive season rolls around. It would be great to see a few familiar faces from the team we cheer on each and every week during one of our competitions.