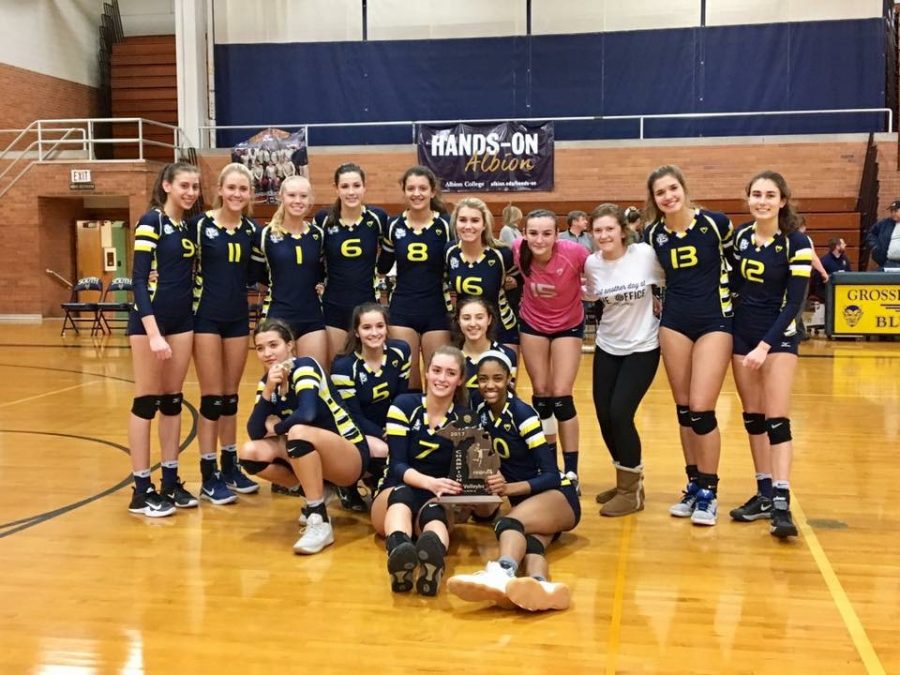 “I don’t think it was our best match but we came out and got the job done,” Charlotte Brecht ’19, co-captain, said. “I definitely think we are the type of team to rise to the occasion and play our best against the best teams.”

The team this year is the best they have been in the last four years according to co-captain Cynthia Hogan ’19.

“Chippewa is one of the easiest teams in our league every year and I think we should have won by more than we did today, but our intensity wasn’t as high this game as it usually is,” Hogan said.

Currently the volleyball team’s record is 9-0.

“We are undefeated in the league and we have won two tournaments,” Brecht said. “We are hoping to go to the quarterfinals this year in the state tournament since the past three years we have only made it to regionals.”

Teammates this year have never bonded more and been closer according to team player Lilly Hall ’18.

“This year the team has been working so well together and we are all really closing and meshing together which is part of the reason for our success on the court,” Hall said.

The captains have numerous things they still would like every player to work and improve on this season according to Hogan and Brecht.

“We miss a lot of serves and I think that our communication at times is not the best and there are always errors that we can minimize,” Brecht said.

The next volleyball game is at home on Thursday Sept. 27 against Port Huron Northern.