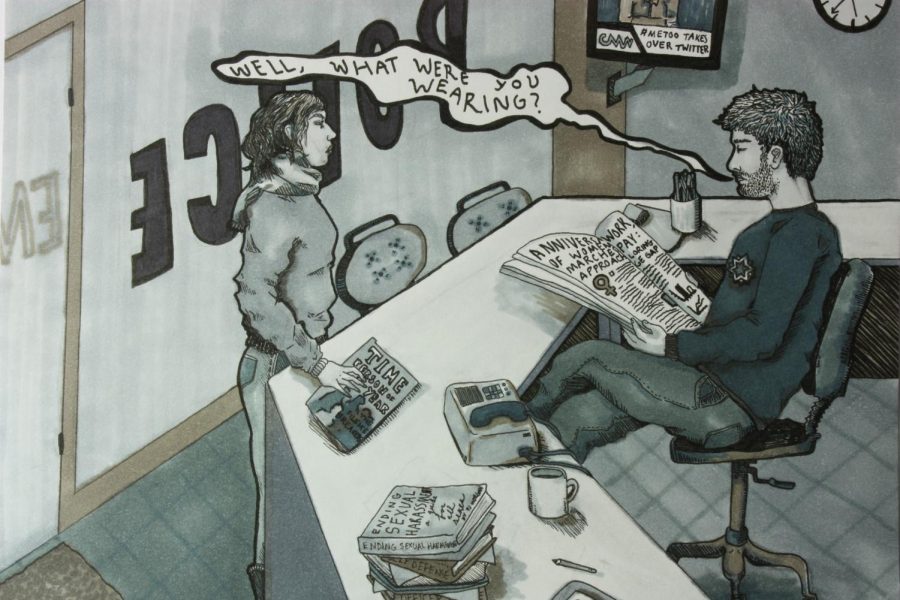 Larry Nassar will spend the rest of his life behind bars.

The former United States Gymnastics Team doctor has been sentenced to 40 to 175 years in prison for multiple sex crimes, including the sexual abuse of girls as young as six years old.  This sentencing followed a 60-year sentence in federal prison for child pornography convictions.

As everyone should, we at the Tower view these acts as deplorable and a disgusting violation of all basic human principles.  There is no excuse or justification for the crimes Nassar has committed, and nothing can ever undo the harm he has done.

Seldom are there silver linings in cases such as this.  It should be noted, however, that the more than 150 women who came forward to speak against their abuser have demonstrated tremendous bravery that goes beyond measure.  These women–these silence-breakers– should be the ones who are highlighted and applauded for their courage.  Among those who have testified against Nassar for molestation are Olympic gold medalists Aly Raisman, McKayla Maroney, Gabby Douglas and Jordyn Wieber.

With one in nine girls and one in 53 boys being sexually assaulted by an adult, according to the Rape, Abuse and Incest National Network (RAINN), it would be foolish to assume that the people of Grosse Pointe have no experiences with sexual harassment.

In a survey of 70 people in the South community, 51.4 percent of them said they had been sexually harassed or assaulted.  74.3 percent said they knew someone who had been.

94 South graduates from the class of 2017 began attending Michigan State University (MSU) this past fall, the same institution where Nassar also worked as a doctor and associate professor and preyed on girls.  According to the MSU Police Department, Nassar even continued working at the university while being investigated by MSU police and the FBI for sexual assault in 2014.  He was cleared, and proceeded to victimize women.

The failure of authorities to come to the conclusion that students and children should not have been allowed one-on-one contact with Nassar is abhorrently unjust and has led to an unimaginable world of pain for his victims and their families.

According to RAINN, sexual violence can lead to depression, anxiety, post-traumatic stress disorder and many other mental and physical conditions.  Chelsea Markham, one of the girls Nassar abused, committed suicide in 2009 when she was 23.  Her mother, Donna, testified against Nassar on her behalf.

Living in an affluent suburb does not protect everyone from sexual assault.  It is uncomfortable to think about, whether you’re a student, teacher or parent, because we all naturally want our friends, family and ourselves to be safe.  The problem lies not with the environment and community one lives in, but the society and the habitual culture surrounding rape.

Rape is defined by a lack of consent.  But that definition isn’t clear enough if someone doesn’t know what consent is.  Consent is the principle that both parties involved in an activity are actively and enthusiastically willing to participate in said act.  It’s still not that simple, though– consent for a sexual interaction can only be given when both parties are sober and have reached the age of consent, which is 16 in Michigan.  Violating this law is considered statutory rape, with punishments ranging from misdemeanors to federal jail time.

We strongly urge readers to look beyond themselves in situations like these.  Seeing is not akin to believing, and the absence of a witness to a sexual crime doesn’t mean the crime is invalid or did not occur. Be aware of your surroundings, and look out for each other.  Respect the ideals of consent.  And above all, never allow yourself to become desensitized to the subject of sexual misconduct.  It is not a passing phase.  It is not “next-day regret.”  It is not a joke.  It can break people.  It can also make them stronger than they once were.  Either way, it is undeniably real.

The Tower offers our full support to victims and survivors of sexual violence and encourage them to come forward if they are willing and able.  As a newspaper staff, we are constantly striving to tell the stories of those who feel they do not have a voice.  We aim to always spread awareness, and hope that in sharing this editorial we can offer those affected with an outlet and provide insight to others who may be able to prevent assault.

If you or someone you know has faced a situation involving sexual assault, please contact a counselor or the 24/7 RAINN Hotline at (800) 656-4673.