To read or not to read? South students create new Shakespeare club 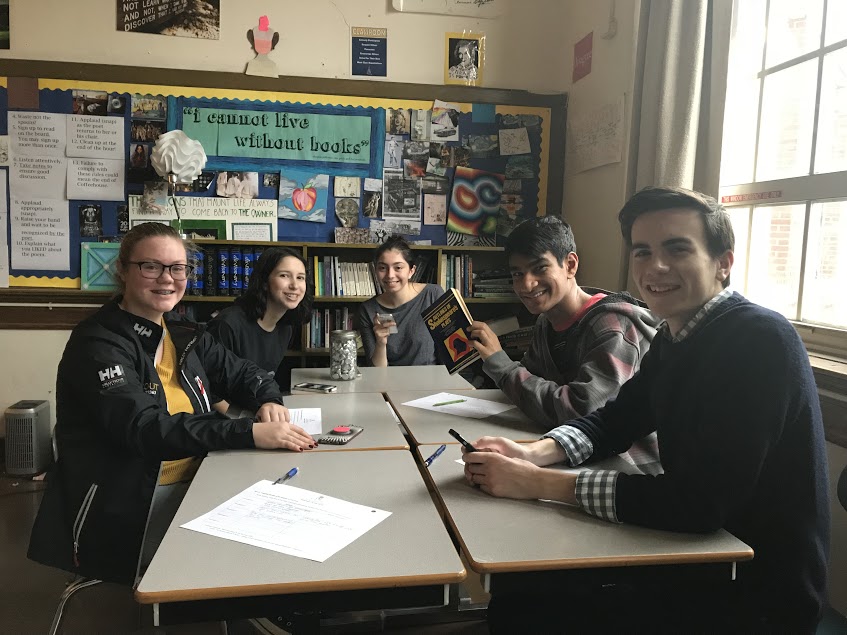 If the language and complexity of Shakespeare’s works fascinate you, South’s new Shakespeare club may be the perfect fit for you, according to President Natalie Boehmer ‘19.

“The purpose of the club is to explore and illustrate the means in which Shakespeare captures human nature,” Grayson Kennedy ’19 said.

While there have been monologue contests in the past, this is the first official club. The number of members grows every meeting, with around 15 people last week according to Boehmer.

“We meet once a week on Thursdays starting at 3:30. Our attendance has actually been really good recently. Our first meeting was a little bit scarce but we had quite a few people at our second meeting” club advisor Danielle Peck said.

The current members and advisor are currently working on intra-club monologue activities, and in the future, they plan on hosting events open to the public according to Peck.

The idea came from a group of students last year that did Shakespeare project at the end of last year, where they acted out Romeo and Juliet. According to Boehmer, they also knew of Peck’s interest in theater.

“My favorite part is that people often think of kids who like Shakespeare as a bunch of nerds, but we have a nice diverse group of kids all passionate about the same thing. TIt’s great,” said Kennedy.