South’s choir invites all to annual holiday performance, Sounds of the Season 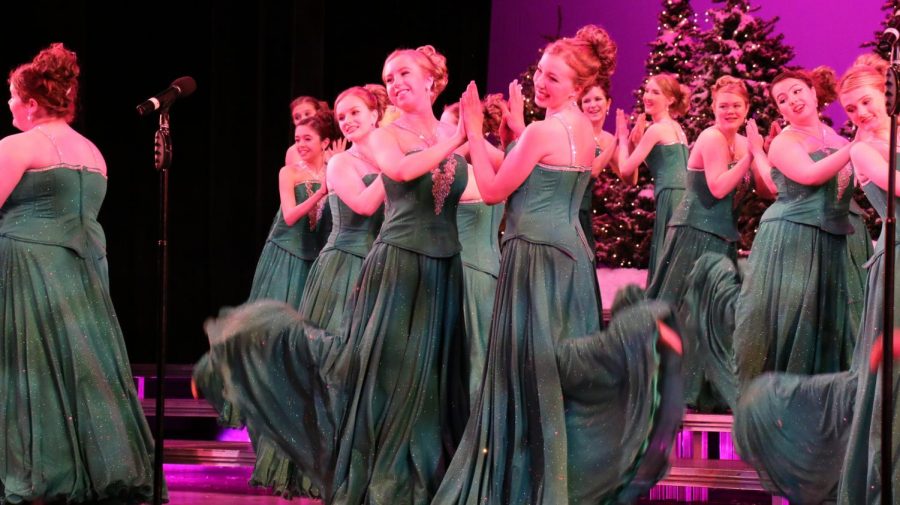 Photo courtesy of Abi Due '18

Grosse Pointe South’s choir is inviting the community to come out to watch their annual Sounds of the Season performance and get in the holiday spirit this year.

The choir has been preparing for this performance and getting in the Christmas mood since around Halloween time this year, according to choir teacher Christopher Pratt.

“We began work on this show right after the Fall Follies in October,” Pratt said.

Getting the singers into the holiday mood so early on in the year has been a hard part of preparing for this show,

“Honestly, it would be starting holiday music around Halloween,” Pratt said.  “It makes for a long toll to get to our holiday shows.”

Choir singers are excited for people to get into the holiday spirit by coming to see their show, according to Lauren Leach ’20.

“I’m most excited for people to get in the Christmas spirit and just have fun seeing what we all love to do,” Leach said.

The performance will give people coming to see the show an understanding of what the holidays are about, according to Pratt.

According to Pratt, he is excited for people to click into their Christmas spirit and celebrate close ones this season with their performance.

“I enjoy the fun around the holidays, celebrating friends and family but also being able to find our childhood with the characters of Frosty and Santa and that kind of thing,” Pratt said.

Coming out to see the show and supporting the choir singers is highly recommended, according to Elaina Calisi ’20