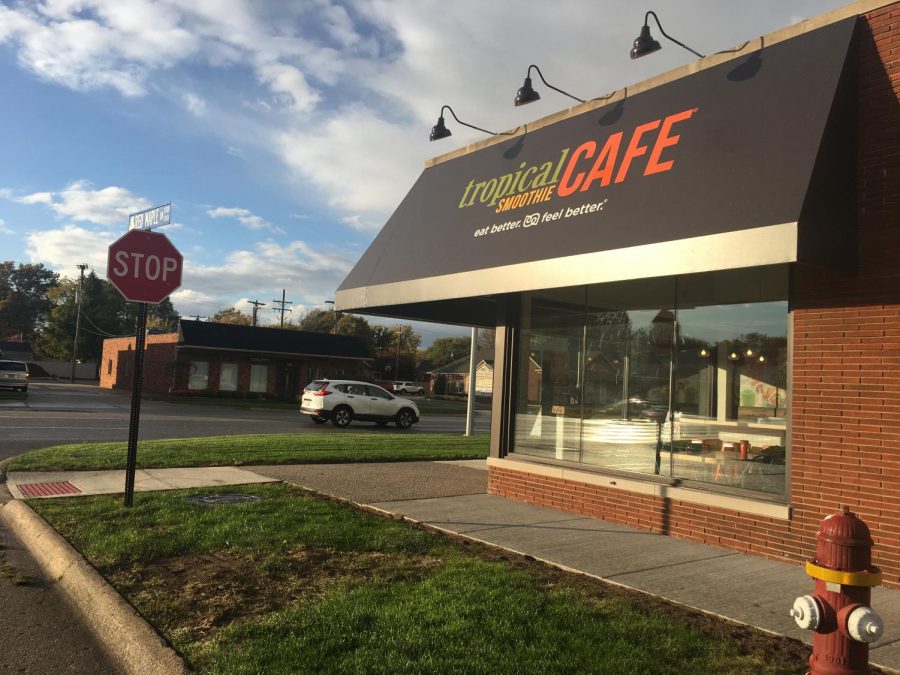 Tropical Smoothie Cafe is opening a new establishment on nine mile and Greater Mack, the new cafe’s projected opening date is Nov 14. According to Caleb Fletcher, a closing manager for the location on Harper Ave.

The Cafe doesn’t only sell smoothies, but offers a wide range of food that is promoting healthy lifestyles,  according to Fletcher.

“We’re not exactly sure on on an opening date yet, because we still have to wait for our computers to get in and stuff, but that’s roughly just the idea right now” said Fletcher

“We do have all types of foods: from sandwiches to flatbreads,  breakfast wraps and a kids menu,” said Fletcher, “ and then of course we have many  smoothies, from protein smoothies to fruit.”

The Smoothies contain fruits, and even vegetables that are fresh, and Fletcher says the most popular smoothie on the menu is the “Bahama Mama” . This smoothie contains strawberries, pineapples, white chocolate, and coconuts.

Students are able to go to the closest Tropical Smoothie located on Harper Ave, but according to Treasy Dedelli ‘18, she is a fan of Tropical Smoothie and is excited for a closer location. Dedelli said that her favorite drink was the kiwi quencher, which has kiwis, strawberries, and nonfat yogurt.

“I am excited for the new establishment because it’s closer than the one that’s on 12 mile, you can try and make it for lunch if you really want to”, According to Dedelli ‘18.