The clock tower rings in the new year 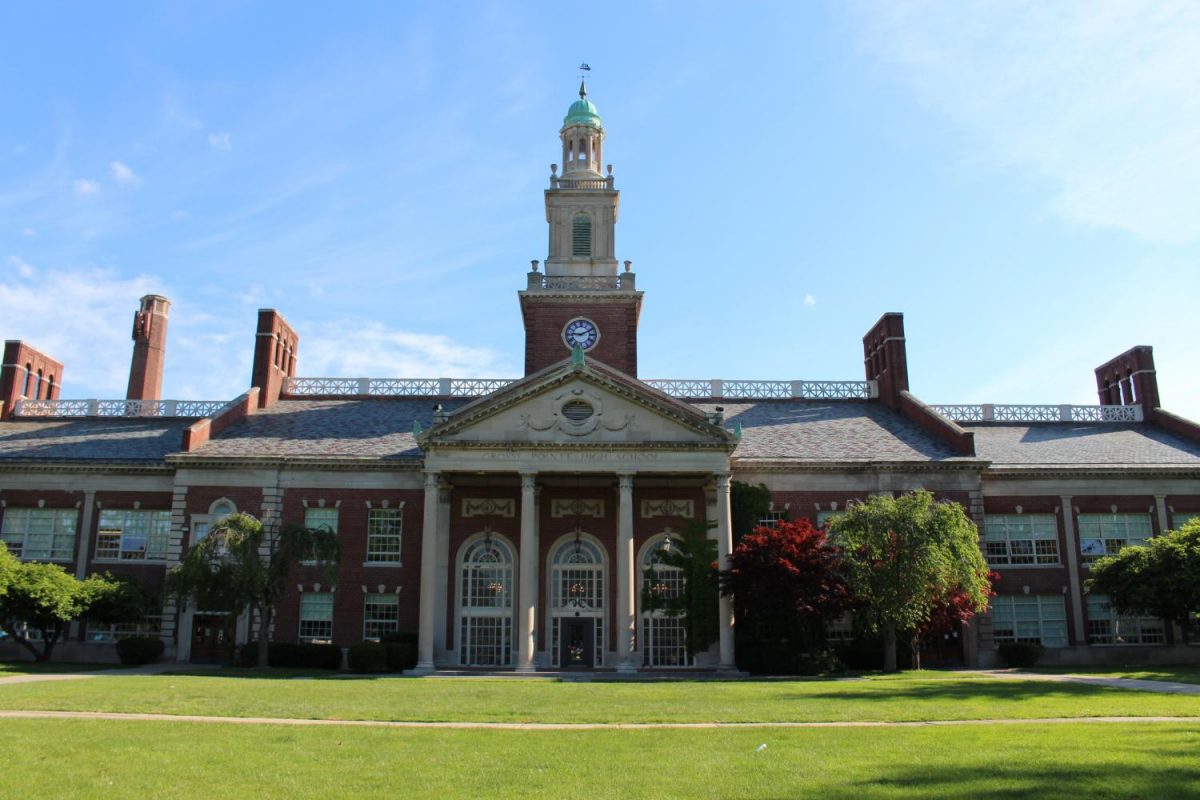 The tower at Grosse Pointe South. Photo by Riley Lynch '18.

The first day of school rung with more than just seven-minute bells and one-minute warnings this year after the renovation of South’s historic clock tower, which now chimes every hour and half-hour.

Prior to the recent renovation, the clock’s time, bells and backlighting weren’t functioning.  However, after a push from the Mothers’ Club, the tower has been restored to its former state.

“The main driving force behind the restoration of the clock tower was the Mothers’ Club preservation committee,” Principal Moussa Hamka said. “A major driving force initially launching it and raising the money was the late Katie Ecclestone. She spearheaded it and was instrumental in getting the horologist.”

According to Hamka, there is a plaque above the clock protection with a framed photo of Ecclestone, commemorating her for her contributions and passion for preserving South.

Sue Martin, the Vice President of the preservation committee, said the horologist, Phil Wright, was contacted in 2015 after the Mothers’ Club identified the need for a restoration in the tower, mainly due to it displaying the wrong time and not chiming.

“Due to the location of the clock mechanism in our tower, it is exposed to natural elements like dust, wind and potentially rain, if the right conditions exist.  (Phil) proposed to build a ‘clock house’ that would enclose the clock mechanism in the tower,” Martin said. “This ‘clock house’ will keep moisture, dust and birds from getting on the mechanism and protect it for years to come.”

MaryJo Harris, President of the Mothers’ Club, said the renovation will reflect well on the community and add to the reputation of South’s historic beauty.

“Grosse Pointe South is one of the most beautiful schools in the state and the 114 foot-tall clock tower is what makes the outside of our building so distinctive,” Harris said. “We work with the school district to keep South looking like a historic building, but functioning like a modern one.”

In addition, the preservation committee also took on the renovation of the Cleminson Hall windows on the front of the building near the end of the summer.  Martin said the preservation committee is dedicated to improving the school, and that the renovations of the clock house and windows are the largest projects the school has participated in since the remodeling of the auditorium in the early 2000’s.

The new renovations have had a larger impact not only on current students, but alumni as well.  According to Hamka, the chiming of the bell has been heard throughout the community and adds a nostalgic touch that may be experienced by previous students.

“There’s something special about seeing the chiming of that bell. We have many residents tell me that it’s so nice to hear the bells working again,” Hamka said. “We have former graduates that live in the area walking, and there’s a little nostalgia. That’s a special part of the Grosse Pointe community; you don’t get that everywhere.”