Senior Column: The final sendoff is harder than I thought it would be 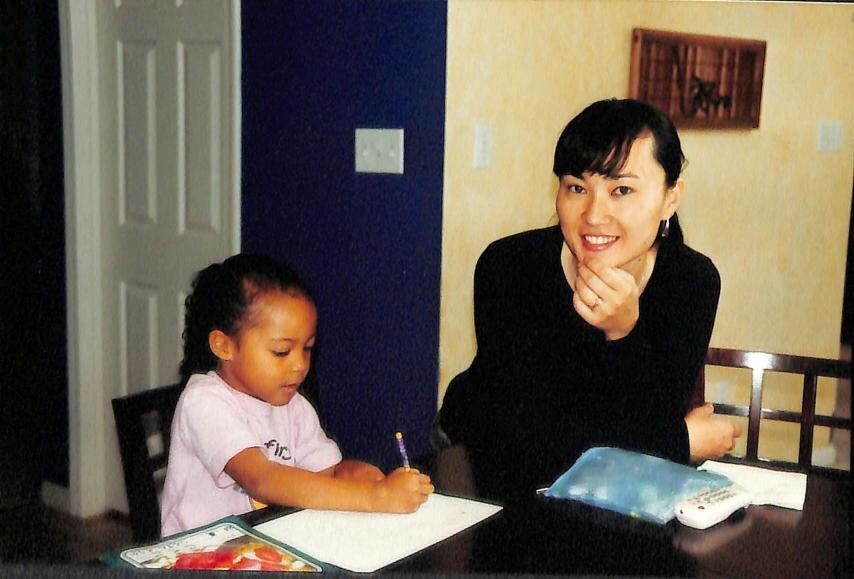 Erykah Benson '17, aged five, writing up a weekly preplan for The Tower Newspaper.

Reveling in the final days of Tower means for the first time in three years, life will truly be uncertain. While the life of a student journalist means on any given day anything can happen, I knew I could always rely on the weekly routine of Tower. I have found comfort in seeking out stories for the next issue, designing pages and clocking into the Tower room (which has become my second home). But now, all of that is about to change. I am now ready to graduate from the infamous Tower Room, which was once my grubby, chaotic, ancient fire hazard of a cocoon, that I will now emerge from.

Going into honors journalism was not an easy freshman year. After Mr. Nardone’s illness and eventual passing, the staff at The Tower Newspaper was strong in its ability to carry on while still upholding the legacy that Mr. Nardone left behind. It was Nard who convinced me to join Tower. Over a plate of chocolate banana pancakes one morning when I was having a sleepover with his stepdaughter, he told me that if I liked to write, then I should join The Tower. Maybe it was his unwavering enthusiasm or the pancakes, but in this simple moment, I was sold, and looking back, I am so glad that I took his advice. Being an honors journalism kid during that transition year was tough, resulting in a considerably smaller population of the Class of 2017 represented in The Tower. I appreciate those seniors who stuck it out during that tough year and continued their desire to learn about journalism and stayed in Tower. Time and time again it is through Tower’s toughest times do I really see the family come together.

Through working on Tower, not only did I gain dark circles under my eyes from utter exhaustion, but I gained a skillset that I know will remain valuable to me for the rest of my life. I’ve learned the importance of making a deadline, talking to new people and gathering accurate, unbiased research. Most of all, though, Tower has taught me what it really means to work on a team. I have the incredible staff of Tower as well as my wonderful advisers to thank for that.

To all the advisers, teachers, parents, students and coaches who have supported me during this entire journey, I am so grateful for you. I am thankful for the amazing staff we have at South, whether it’s the English department or the counseling center, we are truly blessed to have such a caring, passionate and supportive staff. Whether I needed them for sources or guidance, South’s staff has been there for me, and I’m so thankful for the important job that each and every one of them fulfill daily. I don’t think we thank the teachers enough for all the hard work they put into making sure we have some of the top education in the entire state, let alone the country.

To all the parents who have encouraged the staff or myself, I’d like to thank you. To Coach Caitlin and Margaret, thank you for constantly motivating me even after I stopped playing softball to do Tower. I will always be your Speedy Gonzalez. I’d also like to thank my parents for letting me complain to them about Tower all these years.

Over the past three years I have had the pleasure of having two of the greatest advisers and mentors who have shaped my high school experience. First, there’s Rod Satterthwaite, who has always encouraged me to do bigger and greater things. And because he pushed me to do more, I learned more. It was through his wisdom, his humour and his guidance that I gained the confidence to eventually lead Tthe Tower.

Although I was sad when Satt left for California, meeting this year’s adviser Kaitlin Edgerton changed my life. After so many advisers shuffling in and out of The Tower for the past couple of years, I hope Edge is here to stay, because never have I met someone so passionate about the pure ideals of journalism. While she allowed the leadership team and I to make all vital decisions for The Tower, Edge always made sure we looked at the situation from a journalistic standpoint first. I had my fears going in as Editor in Chief this year, especially with a brand new adviser, but Edge encouraged me. Edge was my confidant and sometimes my shoulder to cry on — she is the Rosie the Riveter of Journalism. I cannot even begin to express how excited I am to see what Edge and next year’s leadership is going to accomplish.

Looking back on a year of leadership, I have only but my outstanding leadership team, Edge and my right hand man, Jack Holme, to thank for accomplishing what we did. It is only through the relentless effort of the Tower staff were we able to tackle issues such as racism, LGBT+ rights, sex education and the presidential elections, all while presenting a variety of perspectives. When it comes to covering breaking news such as the school lockdown or the school board’s changes to the district budget, the Tower staff was on it.

I have overflowing pride for The Tower. When I see the direction it’s headed, I see a gleaming, beautiful future bubbling with potential. To those who will be continuing Tower’s legacy, I leave them with the following pieces of advice:

None of this is worth it if you’re not doing what you love.
Report with compassion. Through your words, you are giving voice to another human life.
Don’t underestimate your role, your ability, your power as a student journalist.
Never forget what you are a part of (the words of Nard that still ring true today).

I am so proud of the entire staff of The Tower Newspaper, both print and online, for doing what we’ve been doing for nearly the past century, delivering news to the student body and community as accurately and fairly as possible. So when you flip through the pages of this final issue, I hope you enjoy our hard work just as much as I enjoyed working for this amazing staff for the past four years.

So this is your 2016-2017 Editor in Chief, Erykah Benson, signing off with one final phrase: