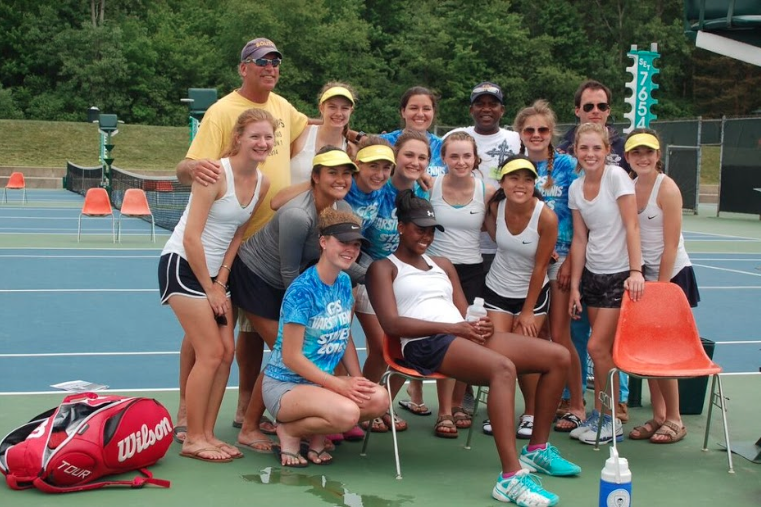 Team co-captain Maddie Paolucci ’17 had positive things to say about the tournament and her team’s performance.

“The tournament went pretty well. We beat the teams that we were ranked ahead of and we lost to Northville who is ranked ahead of us, so we basically did as expected,” Paolucci said.

In contrast, coach Mark Sobieralski felt differently about the weekend due to several factors he thinks hindered the team from playing their possible best.

“Overall, I don’t think we played that well and I think the two rainouts we had during the week hurt us,” Sobieralski said. “We didn’t play since last Saturday. Two of the days we only had two of the courts to practice on because the JV team had home matches and one day we had pictures.”

Audrey Doherty ’17, co-captain, says the team’s mentality going into the weekend is what hurt them. The team is used to playing easier teams, so they were in for a surprise Saturday.

“I think we came thinking that winning the tournament was going to be easy when in reality it was much harder,” Doherty said. “At past quads this season our competition has not been as as good so with a tournament like this when you have the three, four, five, and eight ranked teams all playing out mindset was not as competitive and determined as it should have been.”

Although the matches were difficult, spirits were kept high during the tournament Doherty said thanks to team encouragement and positivity.