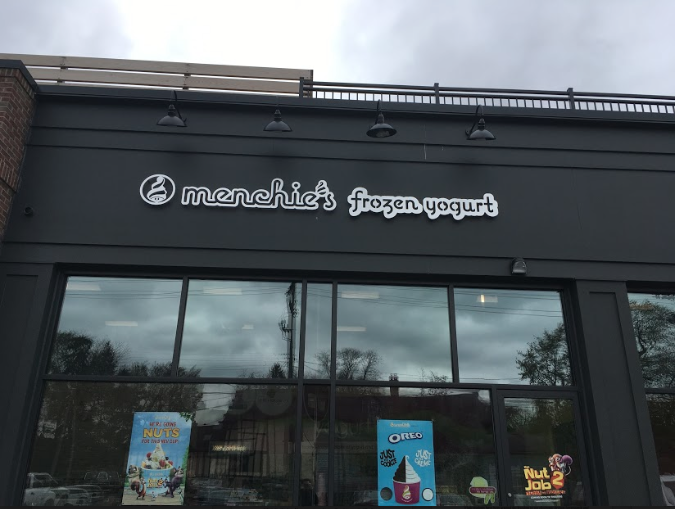 Located across the street from Grosse Pointe South, Menchie’s has been quite popular in the few weeks that it has been open. Having heard a lot about the new self-serve frozen yogurt place, I decided to try it. To be honest, I was let down by Menchie’s.

When I went to Menchie’s, there weren’t that many people in it, but you could tell that it was not big enough for everyone at one time. That was a big problem in my opinion, because the flavors that are on the wall are hard to get to because of the small amount of space between the counter and the wall.

I was also disappointed by the flavors. There weren’t a lot of flavors to choose from, and most of them were weird flavors that aren’t meant to be soft serve flavors such as coffee. This could be a problem for those who are picky. Even the toppings weren’t that great. I thought it was weird that the toppings took up most of the store and there were more toppings than flavors of frozen yogurt.

The service was also a bit frustrating. When I was paying for my order, there were only a few people in front of me in line, but it took forever. Menchie’s charges you for your frozen yogurt by weight, but takes too long to weigh everyone’s order without causing an inconvenience to the waiting customers.

The location of the store is also strange. To start, the building is sideways. If you want to sit down and look outside you are stuck looking at a parking lot, which I think sort of ruins the whole idea of having seats. Also the store is shared with Subway, which I think is a little weird, mostly because if people walk in there wanting a sandwich they aren’t going to walk over and get frozen yogurt.
One positive thing I can say for Menchie’s is that I think that it will have a lot of success from the high school. I think that as the weather gets warmer a lot of students will want to walk over to get frozen yogurt for themselves.