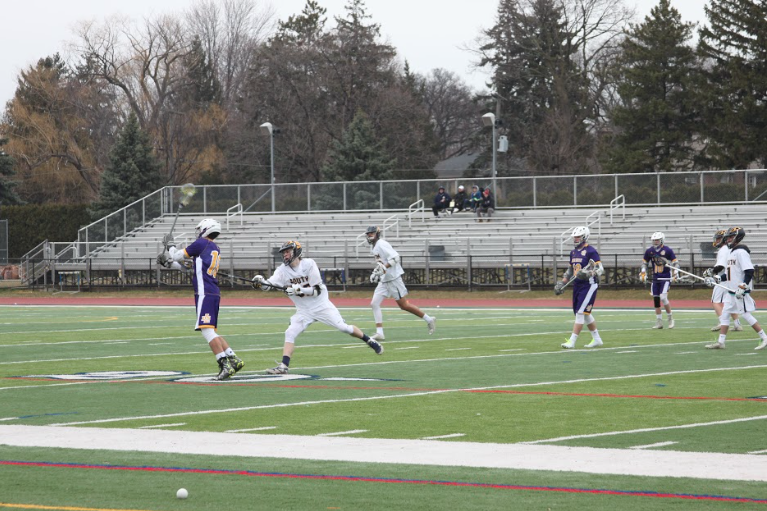 The boys varsity lacrosse team fell 15-1 to Catholic Central in their first game of the season. Photo by Alyssa Czech '19.

“Coming into this game, we have lost a couple of good players this year and this game helped us find out what type of players we have,” Captain Michael Lesha ’17 said.

South came out strong against the powerhouse team, holding the opponent to a four goal lead with four minutes left in the second quarter, said Senior Lesha.

“I think we played pretty good in the first half of the game. Our team has only been practicing for a week or two now, while Catholic Central practices all year round,” senior Jack Brooks said.

In the next half, Catholic Central opened up the scoring, netting in 11 more goals to put the game away.

“All in all, I was glad that the team gave it all they had in the game.It could have been easy to throw in the towel, but the team stayed with it throughout the whole game,” Peter Ulbrich ’17 said.

South’s bench was full of energy throughout the whole game, and cheering seemed to be heard all the time, said Brooks.

“I’m not disappointed with our loss even though I thought we could have played better but Catholic Central is one of the best teams in the state,” Lesha said. “It was a tough game but I’m proud no one gave up and we can only go up from here.”

This Saturday the Blue Devils take on the De La Salle Pilots 12:30 at home.