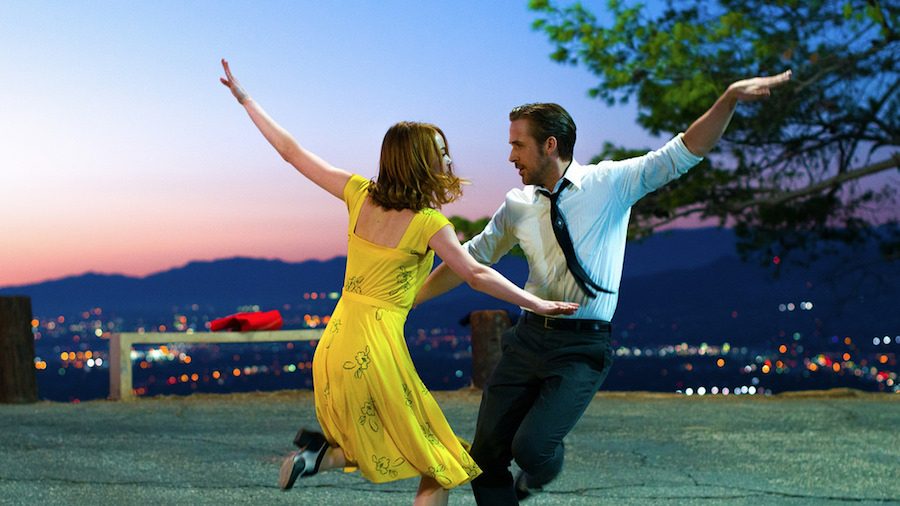 I saw “La La Land” almost three days ago and I’m still surprised at how good it was. The movie, which stars Ryan Gosling and Emma Stone, is different than the others movies in theaters right now.

“La La Land” takes place in modern day Los Angeles. Although the movie is set in the current year, the classy music and style make the atmosphere of the movie seem like it is set in an older and different time period.

The story follows Mia, played by Emma Stone, and Sebastian, played by Ryan Gossling. These two people share their compassion for the arts like dancing and singing. Mia is an actress and Sebastian is a pianist.

Over the course of the story they both help each other achieve their goals and dreams of life while singing, dancing and falling in love along the way.

The movie was different in that it showed things from different points of view. This was something that I thought made the movie more interesting to follow. The point of this was to show that there are two sides the every story. The music was something that I liked about the movie. The music was both a mix of modern and classy or older sounding music. Jazz was one genre of music that was dominate in a majority of the movie.

Sebastian’s dream in the movie was to open up an establishment similar to a bar that was known for playing classy and traditional jazz music. As the movie progresses we can see how jazz is a major part of the movie.

“La La Land” is a movie that you can’t miss out on seeing when it is in theaters. “La La Land” is different from a lot of other movies, which makes it more enjoyable to watch.